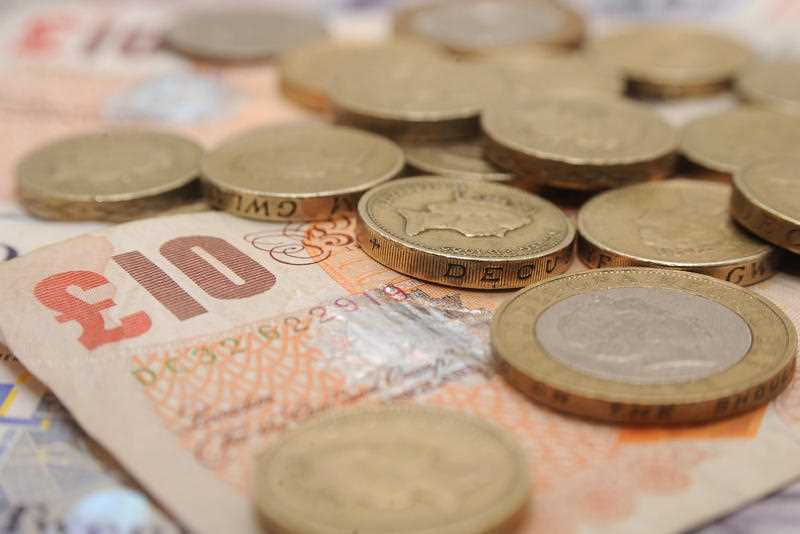 If there is one single economic issue that most burns me up right now it is the growing evidence of widespread tax avoidance by major global companies around the world – not to mention many high net-wealth individuals.

Don’t get me wrong: unlike our politicians who are shedding crocodile tears over the issue, I don’t blame the companies or individuals concerned.  If the law allows it, all is fair in love and war. Indeed, if a company decides to pay more tax than it’s legally obligated to, it only opens itself up to a takeover by others who won’t pay one cent more than needed.

Of course, international tax shifting has been going on for decades.  But with improvements in information technology and the ongoing globalisation in finance and commerce, the problem is clearly getting worse.

What about companies? US Presidential hopeful Bernie Sanders has publicly estimated US companies avoid paying around $100 billion in taxes each year through tax havens.  If our companies are just as clever, that would amount to around $10 billion per year.

To my mind, it is not only morally repugnant that some of the wealthiest companies and individuals are able to drastically reduce their tax bills – while the government chases poor single mothers for a few hundred bucks in overpayment – but it has major negative economic implications also.

Indeed, it’s hard to imagine that the billions in profits that companies are squirrelling away in tax havens must to not be having a negative impact on business investment in home markets especially.  No less than the International Monetary Fund has commented on the surprising dearth of business investment across the developed world during the recent global expansion.

Here’s how stupid some laws are. In the United States, companies are obligated to pay tax on all their profits, not matter where they are earned in the world.  But get this: they can defer payment of any US taxes on profits made overseas through their foreign subsidiaries until such time as the money is repatriated back to the US domiciled parent company.

It’s a great lark. Though inter-company loans or dubious royalty payments, major firms are routinely shifting profits made offshore - and even in the United States - to lowly taxed foreign entities. The overall corporate groups are quietly accumulating billions in cash reserves, which can’t then technically be used to fund any investment in the United States by the US parent company.

This has got to be one of the silliest tax laws on the planet. 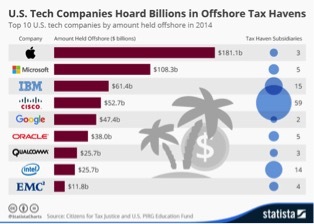 In Europe, they allow fellow members of the European community – Ireland and the Netherlands – to strip profits off the others through unusually low corporate tax rates.

Australia is little better.  Every local transaction through internet giants such as Google or FaceBook is effectively treated as a profit in lowly taxed jurisdiction such as Singapore or Ireland. Naturally, these companies have an incentive to keep their local investment in Australia to the minimum degree required. Our larger more traditional companies shift tax through dodgy inter-company loans – all with the apparent tacit blessing of the Australian Tax Office.

What’s worse is that the haemorrhaging of local tax revenue and dearth of local investment undermines the local tax base, and requires Government’s to tax the rest of us mugs even more. Australia’s effective top income tax rate has already crept back up to 50%, and our “official” company tax rate is stuck at a relatively high 30%.  America’s “official” corporate tax rate is an even higher 35%.

It’s a form of death spiral – where higher tax rates to shore up declining revenue only encouraged even more creative forms of avoidance.

Australia can and should act unilaterally.  We’ll be waiting for effective international tax cooperation until the cows come home. Indeed, I advocate a two pronged attack. For starters, we need an earnest effort to plug the obvious holes in the tax system. And we need to resource the Tax Office so that it can properly enforce the rules.

This should be a no-brainer election platform for the Labor party at least.

But in a quid pro quo, we also need a range of tax base broadening efforts so that we can work toward an internationally competitive low rate of corporate and income tax, such around 15%. It won’t happen overnight, but I think it’s a useful aspiration.  If we can’t beat them, let’s join them.

Until Australian politicians stop shedding crocodile tears and starting fixing the holes, the overall integrity of the tax system is undermined. We can’t seriously justify penny pinching moves against the least well-off in our society while we turn a blind eye to far more expensive avoidance practises by the best-off.