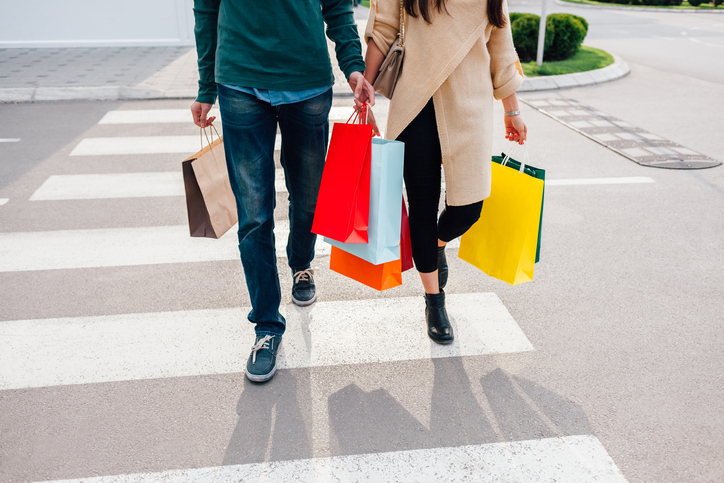 It seems not a day goes by these days without another alarmist headline in our major financial press warning of a Sydney or Melbourne house price collapse and the possible threat to the financial stability of the banking sector.

To my mind, however, the main risk to the Australian economy at present is not the direct threat to house prices or the banks, but rather, what these ongoing warnings are doing to the psyche of Australian consumers.

That’s despite the big spending promises of Treasurer Scott Morrison with regard to health, education and infrastructure. If confirmed in the June confidence report, the lack of a budget bounce will be a big disappointment to Prime Minister Malcolm Turnbull. 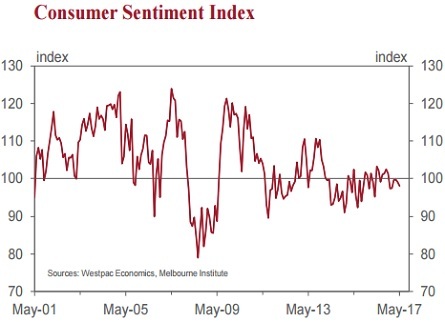 Why are consumers so downbeat? You only need to look at their expectations with regard to the housing sector. According to the Westpac report, the ‘time to buy a dwelling” index slumped by 6.5% in May, to be at its lowest point since 2008 - when house prices were already weak and the Reserve Bank was pushing up interest rates prior to the financial crisis.

Ominously, for both the RBA’s and the Government's bullish forecasts for economic growth this year, retail sales have slowed to a crawl. Sales dropped 0.1% in March after a 0.2% decline in February. Annual growth is barely beating inflation, and is at its weakness pace in four years.

Not only are several high profile global hedge funds still banging the drum insisting local house prices are grossly overvalued and the banks are financially vulnerable, we got local analysts and headline seeking media outlets jumping on the bandwagon.

Against this background, we’ve also already got banks raising mortgage rates without the RBA lifting a finger, and being cajoled by APRA to effectively cut back investor lending. The latest Federal Budget also cut back some important investor housing depreciation tax incentives and tightened up on foreign property purchases.

All up, there is a lot of pressure being brought to bear on the housing market, and I’d be surprised if we don’t see a deeper cracks appearing in the strong markets of Sydney and Melbourne sometime soon.

Of course, a timely moderation in these hot markets is welcome. But I fear we may be imposing too many country-wide constraints too quickly in what is still a largely State-level problem. 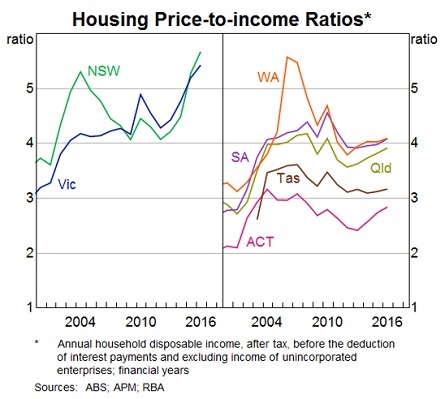 What’s more, I continue to maintain fears of a major housing crash in such a supply-constrained and booming city such as Sydney – much less the rest of the country - are way overblown. And while there are no doubt pockets of mortgage stress scattered across the country, barring a major surge in inflation, interest rates and unemployment (i.e. a 1970s style stagflationary environment), any likely rise in mortgage defaults won’t be material enough to give our major banks anything other than a glancing blow.

Meanwhile, the greater concern is the toll all this unrelenting outpouring of dire warnings will have on the most important sector of the economy – namely household spending. Given weak income growth and high unemployment, households are already under a lot of pressure – and we’re at risk of adding yet another straw to an already vulnerable back.

In this regard, it’s worth recalling what RBA Governor, Phil Lowe, indicated in a recent speech. According to Lowe, “traditional financial stability concern[s]” regarding the banks “is not what lies behind the Reserve Bank's recent focus on household debt and housing prices in Australia.”

Rather, “the issue we have focused on is the possibility of future sharp cuts in household spending because of stretched balance sheets.”

Ironically, that has left the RBA a delicate balancing act. One the one hand, it has tried to warn households not to ramp up debt a lot further out of fear of weaker consumer spending later. But in doing so – together with the unrelenting barrage of negativity from other quarters -  the RBA increasingly faces the risk of bringing on the severe curtailment of consumer spending that it was trying to avoid in the first place.

We are at risk of talking ourselves into a more serious than required downturn.