Company tax: Are the big corps cheating the system? 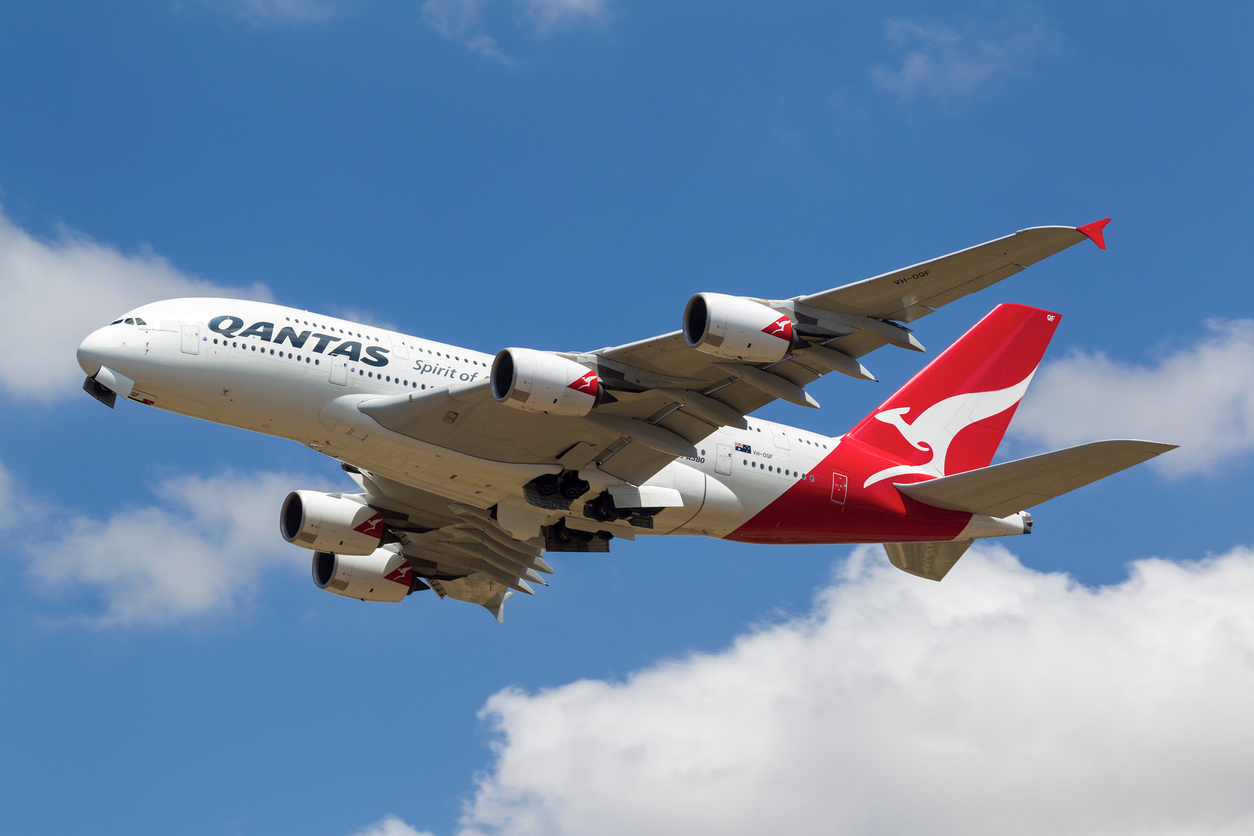 Company tax: Are the big corps cheating the system?

The debate over cutting company tax has received a lot of attention of late, with some good and some not so good arguments being put forth.

It’s time I guess that I chime into the debate and share with you my own opinions.

For starters, I think we should lose little time complaining about companies that legally avoid paying tax.  Let’s remember: company management have no inherent social responsibility to pay more in tax than they legally need to. Who would?

In fact, company management would seem to be obligated to maximise after-tax shareholder returns – and if they don’t, they should either be replaced by directors or that very company risks being taken over by enterprising raiders that will insist taxes are no more than necessary.

As Kerry Packer once famously said in 1991 (after an ABC report into his tax affairs) “of course I’m minimising my tax, and if anybody in this country doesn’t minimise their tax they want their heads read.”

What of the case of Qantas that was has been identified in recent weeks as not having paid tax in years?  The reality, as CEO Alan Joyce eloquently explained, is that it had accumulated tax liabilities from during the financial crisis that could be used to offset against any future tax losses for some time.

There’s no point complaining to Qantas about this – if you want to complain, direct your ire at politicians for potentially leaving the corporate tax code more lenient than it should be.  The same goes for global tech companies that still appear to all too easily legally minimise local taxes by recording profits in offshore tax havens.  It not their fault, it’s ours.

What then of the broader argument over whether corporate taxes should be cut at all – given some suggestions that it won’t do much to lift employment and wages, as politicians would have us believe.

On this score, the critics are on firmer, but still fragile, ground. The “trickle down” of corporate tax cuts to households is indeed long and tortuous.  And given the multitude of factors that can affect the economy over any given time period, it perhaps not surprising that it’s often hard to find strong historical or cross-country correlations between the behaviour of business investment and wages and the level and changes in company tax rates over time. No-one should expect to find such simple direct one-to-one correlations.

Instead economists try as best they might to allow for these myriad factors through broader (“general equilibrium”) models of the economy.  And according to Treasury, the best guess on this more rigorous basis is that cutting the corporate tax from 30% to 25% - even allowing for an  increase in personal income taxes to make up for the net revenue shortfall – is to raise the level of GDP eventually by 1%.

Does this all go to foreign investors? According to Treasury, foreign investors do make off with 40% of this gain, leaving a net increase of gross national income (or “GNI”) of 0.6%.  But by the same token, our companies tend to benefit when other countries cut their taxes also. It’s a case of swings and roundabouts. And after all, its the boost to after-tax returns for foreign investors that helps generate the lift in local business investment and worker productivity that the tax cut is designed to achieve.

You may scoff at a 0.6% increase in national income. But it’s still better than nothing – and it does suggest that cutting corporate taxes (even in a revenue-neutral sense) is at least a net-benefit to the country. In today’s dollars, that equates to around $11 billion, or a $450 increase in annual per capita income.

What’s more, Treasury estimates suggest the vast bulk of this income gain accrues to households – through higher wages and employment – rather than shareholders.  But even here, I’d note most households are also shareholders anyway through the superannuation system. 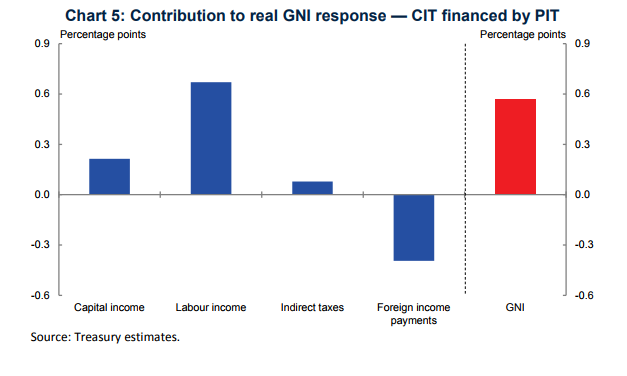 Is this the best use of tax payer funds? Some might prefer we throw even more money into health and education – but the international evidence that ever more bucketfuls of money in these areas leads to better outcomes is even more dubious.  Finland spend less on education and has better results than we do – while America spends more on health for worse results.

And like it or not, the competitive downward pressure on corporate tax rates across the world suggests we may not have the luxury to simply retain the status quo. The goal posts are shifting.

Of course, I’d rather see a corporate tax cuts as part of a wholesale reform of company and personal income taxation – with lower rates and less exemptions, and also potentially higher tax rates on wealth and not just income.

And I’m also uncomfortable – as is Reserve Bank Governor Phil Lowe – that billions are being promised on future corporate tax cuts before we’ve really tackled our lingering budget deficit problem.  But if the choice is earmarking future revenue for tax cuts to boost economic growth - or throwing more into our already inefficiently run health and education systems - I’d still take the former over the latter.