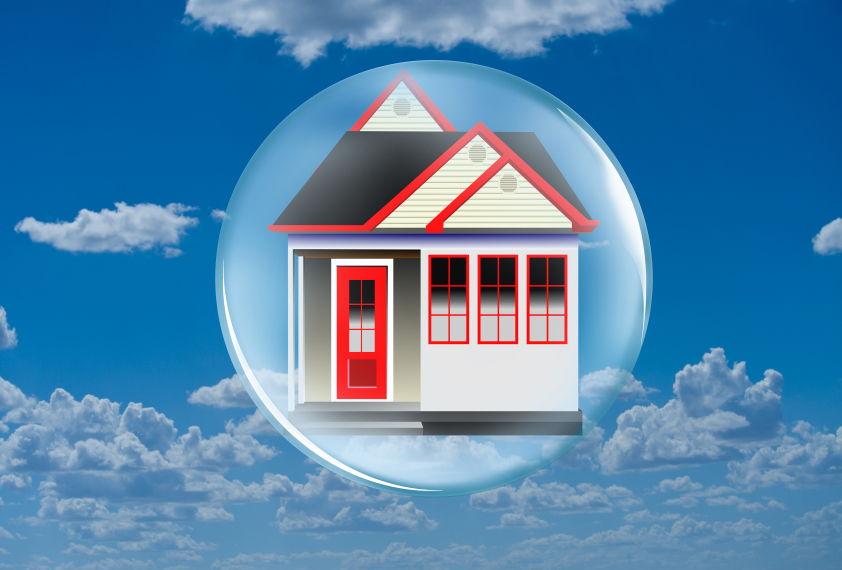 Contrary to the descriptions generally bandied about in the media, I’ve come to the conclusion that, in recent years especially, there is really no such thing as the “Australian” property market.

Australia’s housing market has always been highly differentiated and segmented into distinct property types and geographic locations.  In times such as now - when nationwide shocks such as a recession or credit market deregulation are not evident – it’s best to consider the national market therefore as a patchwork of regional housing markets responding to regional fundamentals.

Indeed, at the national level, I have long maintained that Australia does not have a systematic nation-wide housing bubble that could plunge the economy - and our banks - into a dire financial crisis.

The facts speak for themselves.  Nationwide, house prices to disposable income are pushing above their range of the past decade or so to be sure, but this is at a time of record low interest rates such that so-called “mortgage affordability” (at least for those that can afford the deposit) is not especially high. 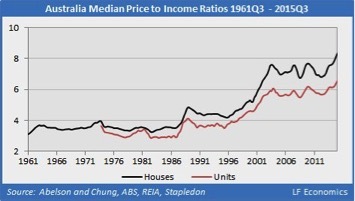 What’s more, this lift in house prices to income is really only concentrated in a few major capital cities, and not a generalised occurrence.  Nationwide, default rates remains generally low, most debt is held for high income/high asset households, and many households are well ahead on their mortgage repayments. 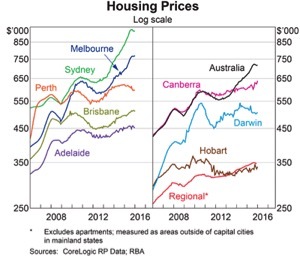 That said, given regional differences, we can’t ignore the fact that pockets of housing market excess may no doubt arise from time to time.

Investors still left holding mining town properties paid for during the boom times are a clear example. Sydney also clearly had a bout of property mania in 2002-03, as did the nation in the mid-1980s when we opened ourselves to international capital and deregulated home lending rates.

Right now, this another pocket of property excess developing in some of our key capital cities.  As is becoming more widely reported in the media (and not without reason), there’s a potential glut of high rise apartments being built in at least Melbourne and Brisbane, and to a lesser extent potentially even Sydney.

As former Reserve Bank Governor Ian Macfarlane once observed, there are several features of the high rise property market than can lend themselves to bubble conditions.

For starters, buyers are generally able to buy “off the plan” such that they only need to lay down, say, a 10% deposit, and pay the balance in a year or two when the property is eventually built.   That lends itself to speculative “flipping” whereby an investor may buy purely in the expectation of selling the property at a higher price later before needing to stump up the remaining 90% of the purchase price.

In a sense, this can develop into the “greater fool” mentality, whereby buyers pay any price in a hot market thinking that they will be able to simply find an even bigger fool in a year’s time to take it off their hands at a nice profit.  At some point the music stops, and those left holding these overpriced “tulips” face a potentially large capital loss (especially as their purchase was highly leveraged).

Another feature that lends itself to boom-bust bubbles is that supply of high rise apartments is more flexible and lumpy – provided proper zoning can be secured. As a result, it’s more likely that a burst of higher demand and higher prices can result in a burst of more supply that eventually leads to over building. As in the mining sector, the long lead times before property developers are able to bring new supply to market in response to past high prices can add to the boom-bust cycle.

Last but not least, a new element to the high rise development craze is the influx of foreign (i.e. Chinese) buyers, who are less restricted in investing in new residential properties.  In this sense, China’s own property bubble and desire of locals to get money out of their troubled country is helping create spill over bubble conditions in Australia’s local high rise sector.

As with most bubbles, this one started with good intentions.  Due to poor transport links to outer suburbs, rising home costs, the decline in average household size, and rising foreign student numbers, there is a trend toward demand for high rise inner-city properties.  But rising vacancy rates and over the top prices suggests supply and buyer frenzy is getting ahead of demand – at least at current valuations.

A day of reckoning seems inevitable.

That said, I still doubt a shakeout in the high rise inner-city property market will lead to a more generalised housing market decline – such that it would unduly risk the economy or our banks.  Of course, a likely decline in housing construction over the coming year is still the major reason I think the Reserve Bank could cut interest rate further.

For property investors, there are two lessons.   For starters, just because there are some reports of housing excess splashed across our newspaper websites, does not mean the whole national market – and your property in particular – is necessarily going down the gurgler.

But just as importantly, just because there are some reassuring analysts (such as myself) suggesting we don’t have a nationwide housing bubble, does not mean one can buy anywhere at any time with carefree abandon.

These days, the difference between buying a dud property or a gem rests on property investors doing the required homework on local market conditions.  As always, it’s a case of buyer beware.