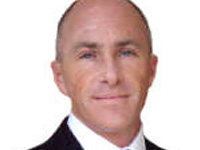 The pump price headed lower over the past week, and is nearing the 8-month lows reached a fortnight ago. No doubt the vagaries of the fuel cycle are playing a part in the volatility in fuel prices. After an unusually long discounting cycle, pump prices in Sydney, Melbourne and Brisbane peaked last week and have retreated sharply over recent days – supporting the fall in the national average price.

While petrol prices in all Australian capital cities and regions should follow similar trends and track movements in global prices, unfortunately they rarely do. The volatility in petrol prices across capital cities doesn’t appear to be helping anyone, just confusing motorists and making life difficult for retailers.

The good news for motorists is that pump prices are likely to remain depressed over coming weeks with further falls likely. The global thematic suggest cheaper fuel prices ahead. The wholesale petrol price remains at levels last seen in mid-November last year. While in Aussie dollar terms the Singapore gasoline price rose off a 15-month low. The drop in world oil prices reflects more plentiful global supplies in response to only moderately higher demand.

Filling up the car with petrol is the single biggest purchase made by most families. (While the weekly grocery bill can be higher, it is made up of a raft of different items and the composition of the average shopping trolley can vary enormously from household to household). And in just the past five months the average monthly household fuel bill has fallen by $10-$13. The fall in petrol prices is likely to support confidence levels over coming months and should be better news for retailers.

What do the figures show?

According to the Australian Institute of Petroleum, the national average Australian price of unleaded petrol fell by 2.3 cent a litre to 148.8 c/l in the week to August 24. The fall in prices reflected the petrol prices easing from the high point in the in the discounting cycles that exist in southern and eastern capital cities. The metropolitan price fell by 2.7 cents to 146.7 c/l, while the regional average price fell by 1.1 cents to 153.2 c/l.

Figures from MotorMouth show that petrol prices in Melbourne Brisbane and Sydney hit the high point in the cycle last week and are now falling.

Why is the data important?

The economy has healthy momentum, being provided by recovering consumer confidence, increased lending and solid home construction. While the environment is especially favourable for businesses dependent on home construction and purchase, the outlook is improving for equipment and services businesses and discretionary retailers. The drop in the price of petrol removes one potential source of angst from Aussie consumers.

While petrol prices in all Australian capital cities and regions should follow similar trends and track movements in global prices, unfortunately they rarely do. The volatility in petrol prices across capital cities makes it difficult to judge the best time to fill up. The petrol price is at present easing from the high point (peak) in the discounting cycle and should fall further in coming days. Keeping an eye on the petrol signboards could ensure that motorists save up to 20 cents a litre between the peak and the trough in the discounting cycle.