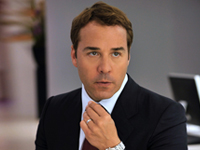 Gold back in favour

But gold bugs see some light at the end of the rainbow. Gold has been back in favour in this recent period of turbulence as investors fretted about emerging markets and took profits on high-flying equities markets. The 5 per cent increase in the gold price since late 2013 may seem modest, but compared with falls in almost every commodity price over that time, gold has been a clear out-performer.

Another big week of economic events is in prospect in Australia over the coming week including data on business and consumer confidence and lending. In China, trade and inflation figures are in focus. And in the US, new Federal Reserve chair, Janet Yellen, gives testimony on the economy. Retail sales and industrial production data are due.

In Australia, the week kicks off on Tuesday with the release of data on home loans (housing finance), the NAB business survey and indexes of residential property prices from the Bureau of Statistics (ABS).

The home loan data may prove a surprise with data from the Bankers Association suggesting the number of owner-occupier home loans may have fallen by 3 per cent in December while the value of all loans slumped by 4 per cent. In contrast to the hype, foot traffic has reduced at auction sites as budding buyers digest higher home prices.

Investors will be looking for consolidation in the NAB business survey after the December results suggested that business conditions were near the best levels in three years. There will be less interest in the ABS home price measure as more complete and timely figures have already been released.

On Wednesday, the Westpac/Melbourne Institute monthly measure of consumer sentiment is released – a survey that provides a useful check on the similar and timelier Roy Morgan weekly survey. On the same day the Reserve Bank will issue December data on credit and debit card transactions. If credit card debt starts rising, it will be clear that consumers are getting more confident about the future.

On Thursday, the ABS releases the latest job data. While much aligned, the figures do offer an accurate picture of the job market. We expect that employment bounced back in January, lifting by 20,000 and largely offsetting the 22,600 fall in jobs in December. With no change in workers looking for work (stable participation rate) the unemployment rate was probably steady at 5.8 per cent.

And on Friday, the more comprehensive measure of lending in the economy is issued by the ABS, covering housing, personal, commercial and lease finance.

Turning attention overseas, the week kicks off on Tuesday in the US when new Federal Reserve chair, Janet Yellen, delivers testimony to the US House of Representatives financial services committee and follows this up on Friday with testimony to the US Senate.

On Wednesday China releases trade data for January. In December, China recorded a healthy surplus of US$25.6 billion with exports up 4.3 per cent on a year ago and imports up 8.3 per cent.

Also on Wednesday in the US the usual weekly data on home purchase and refinancing is issued while the January Federal Budget figures are released.

On Thursday, the regular US weekly data on new claims for unemployment insurance (jobless claims) is issued together with retail sales figures for January and business inventories data. Economists expect that sales were fal in the month but rose 0.1 per cent in the month if autos were excluded.

On Friday, China issues January data on inflation – producer and consumer prices. Producer deflation is still being recorded while consumer prices are tame, up 2.5 per cent over the year. Also in China, data on money supply and lending are expected over the week.

And on Friday, US industrial production data may have lifted 0.3 per cent according to economists, but weather effects could distort the results. Data on import and export prices and consumer sentiment are also released on Friday.

The Australian profit reporting season cranks up a notch in the coming week as the US earnings season starts to wind down. As we noted last week, the problem in Australia is that it is difficult to accurately determine when companies are reporting. That is, there is no “official” or central calendar of corporate news or events, in part because many companies are tentative about reporting dates and make changes with little notice.