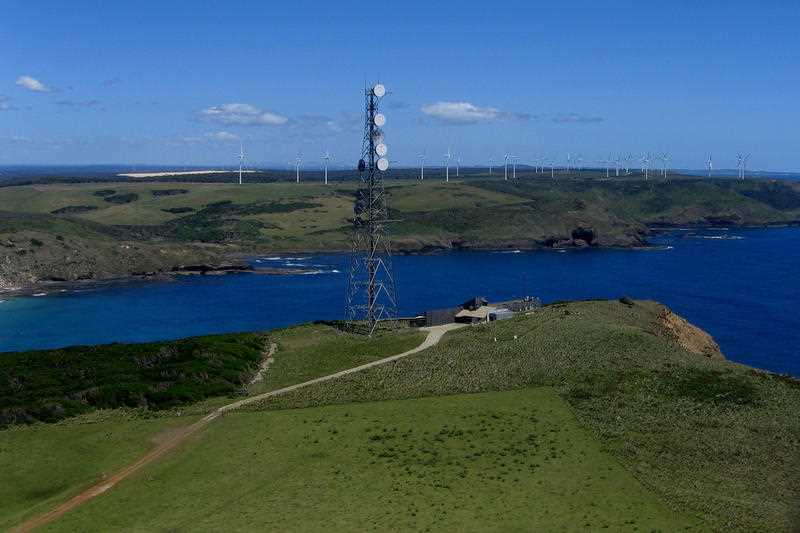 The Grim signs of global warming

The most depressing news of the week came from a remote part of north-western Tasmania.

Cape Grim - in the teeth of the Roaring Forties - is one of the world’s three Baseline Air Pollution Stations. It has the cleanest air in the world, which is monitored and measured to determine how much, if any, pollution is in it.

The baseline data there draws on winds reaching Cape Grim from the south-west, often from Antarctica. The air at Cape Grim has been completely unaffected by obvious pollution sources because, of course, there are no nearby cities or industry that could contaminate the air quality.

It’s the gold standard against which air quality is measured.

Since the station first began measurements in 1976, carbon dioxide levels have increased by more than 15%.

And this week the CSIRO team pointed out that, any day now, the air quality at Cape Grim will reach a dreadful milestone - 400 parts per million (ppm) of carbon dioxide in the atmosphere. CO2 is, of course, the primary greenhouse gas which is leading to the warming of the atmosphere.

Even with a worldwide reduction in emissions, perhaps even negative emissions for many years, it will likely take decades to push CO2 levels back below 400 ppm.

So global warming is here to stay. Will it hurt the economy?

At the grass roots level, shoppers are in no mood for winter coats or boots. Certainly not in Sydney, where we’re still experiencing summer temperatures at the end of autumn.

Pity the poor sellers of leather coats! Or woollen jumpers.

According to one of the enduring, independent fashion boutiques on my local strip, sales this season have hit rock bottom. And it’s the same up and down the high street.

No one is buying heavy-weight coats or knitwear. Their windows have been displaying rugged up mannequins with scarves and tights and gloves and hats for months.

But no-one’s buying them. What’s the point?

Customers just aren’t interested in winter stock and besides, there’s an election coming. That has a huge impact, she told me, with shoppers holding off spending money.

They’re also holding off buying now because they’re waiting for the sales to begin.

It was a similar scene in New York at the end of their last summer season.

Shoppers shunned winter clothes due to the unseasonably high temperatures. Sales of outerwear in the U.S. fell by at least 10% and sales of hats, gloves and scarves plunged by 32%. That represented something like $700 million in lost business.

Experts estimate that between 2% and 8% of all retail revenues are affected by the weather. But when it comes to highly seasonal items, such as winter clothes, the number can be as high as 40%.

Stuart Greenberg, a seller of luxury furs in New York, felt the pinch. His business slumped 30%. “For the first 10 years of our business,” he told the New York Times, “we never even paid attention to the weather. It always just got cold.”

There is an upside to the endless summer of course. The local marine and boating accessories shop has never had it so good.

Shops still selling light clothing, even swimwear, are making hay while the sun shines. Some restaurants with outdoor eating areas are having a bumper season with diners happy to eat outdoors while the evenings are still warm.

These days, we can’t be so sure it’s just going to get cold.

Now, it seems, the changing of the seasons has gone from a reliable constant to an unpredictable factor that can upset the best plans of even the most astute retailer.

Soon, perhaps, retailers will need to be meteorologists too.