Could robots take over Turnbull's job? 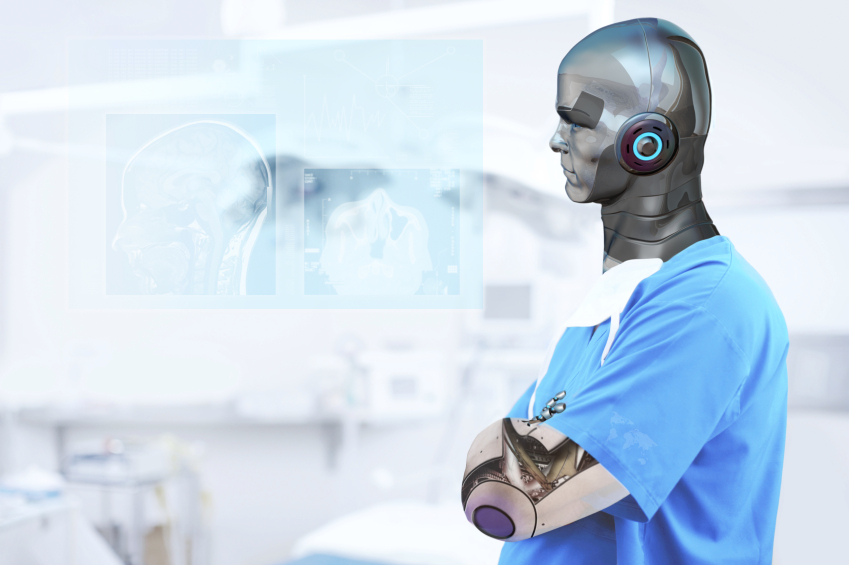 Could robots take over Turnbull's job?

Like most Australians, I’m finding it very hard to engage with this interminable election campaign. Pictures of our two prospective leaders striding purposefully in fluoro vests and hard hats, or sitting at low tables with tiny toddlers, or ambling along suburban streets encircled by the media pack - none of it is really resonating with voters. Indeed, the hateful massacre in Orlando and the conviction of the hapless former detectives Rogerson and McNamara has caused the federal election to lose its headline status.

Malcolm Turnbull’s mantra of jobs and growth is oft repeated, but I wonder which growth and what jobs his company tax cuts might incentivise. More building of apartment blocks? More motorway construction?

It would be great to hear either, or both, of these leaders propose an actual vision for the future.

According to Fortune magazine this week, the global economy is being profoundly re-shaped by software technology. “Human jobs are being eaten by software, specifically Artificial Intelligence - AI. Algorithms are able to ingest and analyse massive volumes of data to inform and remotely-control better management decisions, more efficient outcomes. Our political leaders don’t seem up to the policy challenges of job displacement.”

You can say that again.

After years of scary sci-fi movies and anxiety about what it means for humankind, the AI era is upon us. The Bank of England estimates that 48% of human workers will eventually be replaced by robotics and software automation.

Umpires and referees at sporting matches are also among the most highly likely occupations to be automated. In fact, a friend tells me of the first minor league baseball game in the US this season, which was entirely called by a robot, with 4 cameras at its disposal.

So it’s not only low-skilled factory workers who are losing their jobs to software intelligent robots. Even the world of finance is being impacted. AI takes the guesswork out of decision-making, creates efficiencies, savings, and new solutions to old problems.

AI has famously helped humans become better chess players. There are now more than twice as many chess grand masters as there were when Deep Blue (the computer) first beat Kasparov. The top-ranked human chess player today, Magnus Carlsen, trained with AIs.

So it stands to reason that if AI can create better chess players, it can help create better doctors, better pilots, better judges and better teachers.

So we should be getting new skills into primary and secondary education right now.

We’re teaching our kids 20th century skills, many of which will be susceptible to automation.

Even though we might not be aware of it, we now live in a world dominated by AI. Every day, we interact with one or more systems that use some form of AI - searching on Google, buying something on Amazon, or recognising faces in a photo uploaded to Facebook. What’s fascinating is the next step in computing - machine learning. Instead of programming a computer to do a task, the computer learns to do the task. Here’s a great example of that:

In Google, every time you type a query or click on a search-generated link, you’re training the Google AI. When you type “Easter Bunny” into the image search bar and then click on the most Easter Bunny-looking image, you’re teaching the AI what an Easter bunny looks like. Each of the 12.1 billion queries that Google’s 1.2 billion searchers conduct each day, teach the deep-learning AI, over and over again. And that’s happening million of times per second.

The social, financial and investment implications of the AI economy are enormous. And they’re here, now. But it seems none of our political leaders has even noticed.