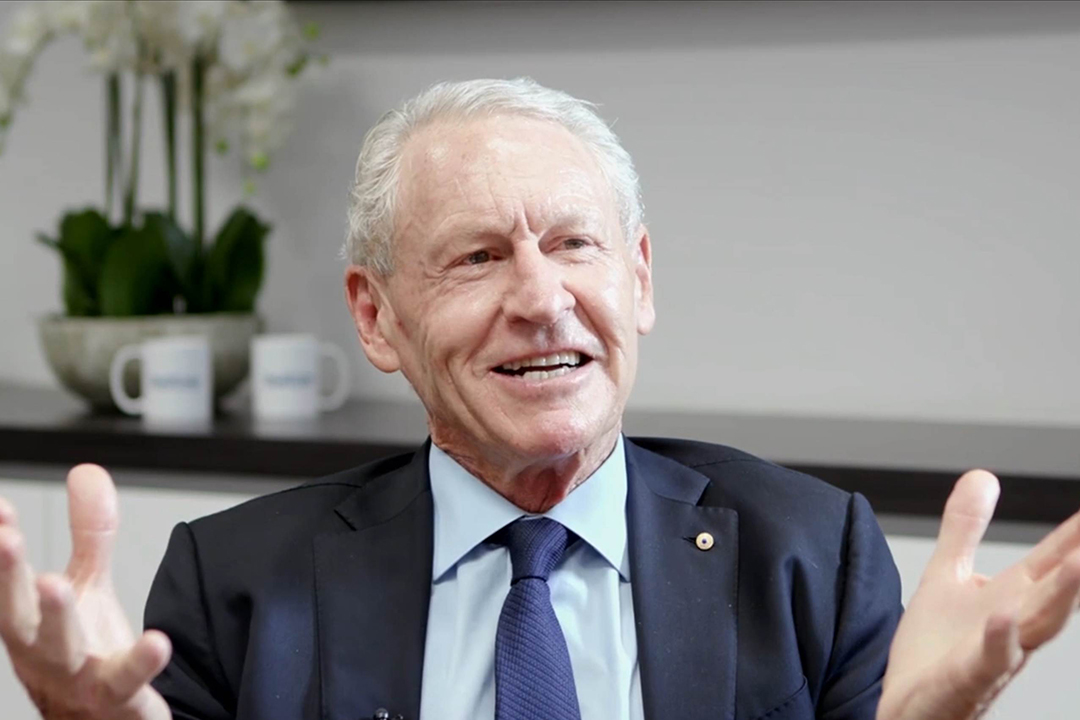 The future of Aussie banks

Who’d be a better choice than former Westpac CEO David Morgan to cut through the noise about Australia’s place in the world economy and the local banking sector in particular?

He came through Sydney recently on a roadshow with market manager Chi-X, which he chairs, just as all the commentators were wondering how our banking sector’s going to get through the results season and beyond.

His conclusion: it’s going to be very tough for a while in the banking space but Australia’s got a well-run economy and there are much worse places to be around the world, as a banker.

Morgan’s been offshore in London for the last decade as managing director of consulting group J. C. Flowers and Co’s operations in Europe and Asia Pacific, with what looks like a speciality in ailing banks in places like Germany and Japan. And before running Westpac from 1999 to 2008, he was deputy secretary of the Treasury working with Treasurer Paul Keating during what’s widely agreed to be Australia’s golden age of financial deregulation.

So he’s got form: he won’t love me for noting he’s 72 but he’s still sharp as a tack, and has a better perspective than almost anyone in Australia on how banking fits into the picture.

He said that since 1945 the Australian economy’s gone through two distinct phases, the second much better managed than the first.

“For the first half of that period, the Australian economy was really poorly managed:  really lazy for the first couple of decades, behind a huge tariff wall,” he said.

Then there was “the economic vandalism of the Whitlam years, and the do- nothingness of the Fraser years.”

But since then “this has been essentially a well-managed economy by our own historical and world standards, including the golden age of reform.”

“There's still more to do in Australia but over my 20 years of working life abroad, particularly in the last 10, I've been in no country that would not happily swap their economic problems for Australia.”

“In the US you have unsustainable public debt.  You have a president who put through a tax cut at the top of the cycle, monetary policy really weak at the time they’ve got three per cent unemployment, plus the president trying to undermine the independence of the central bank and engaging in protectionism.”

“The Euro and the European project is really faltering, 20 years on now since the Euro that has been a giant mistake.

“There’s been no convergence between those countries so you have the Netherlands and Germany sitting up there with exchange rates chronically undervalued so they're running current account surpluses of six to seven per cent of GDP, and you have the southern European countries with chronically overvalued exchange rates and huge current account deficits.”

“The UK meanwhile is facing conservatively a six per cent real output reduction as a result of Brexit, which is now virtually certain to go through.”

“You’ve got France sitting up there with 57 per cent of GDP in Government. “Macron attempted some reforms and the French responded the same way they’re responded since 1789, that is, taking to the streets.”

“Germany is the fourth largest economy in the world but has no bank in the top 100, and Germany's largest bank, Deutsche, has a market cap less than 25 per cent of the market cap of Westpac.”

Italy has a  “debt to GDP ratio of 130 per cent with a lot of it held abroad and no economic growth in 20 years”, quite aside from having had 65 governments in 73 years in post war period.

“Their government debt to GDP is 230 per cent, one of the highest in the OECD and perhaps only exceeded by Zimbabwe. And a huge decline in GDP over the last 30 years which is scheduled to continue.”

“So against that background, we're not doing too badly.”

He made his speech before we learned his Alma Mater bank Westpac was suspending trading for two days while placing a possible $2.5 billion raising, but his comments about the challenges facing our banking system merely reinforced its need to do so.

“They've got the reputational impact of the Royal Commission, are completely friendless, and have record low interest rates which are not necessarily yet at the bottom and could go to zero.

“They’ve got a flat yield curve,” he said.

Which is not to the banks’ advantage.

“That’s an important part of how banks make money,” he said, but that’s when there’s a positively sloping yield curve.

(Banks do best when there’s a big gap between long term and short term interest rates, unlike now. Borrow short and lend long, is the banker’s traditional mantra).

“Return On Equity (ROE) is down, dividend payout ratios are down and they’ll need to raise capital. And they’ll need to get non interest expenses out faster that most of them are getting them out, and 60% of the expenses are personnel related, so that means (reducing) FTE, Full Time Equivalent staff.

Any other bad news?

“New small business lending by the banks has collapsed: COLLAPSED.

He said one story going the rounds is that it takes six to ten weeks to get approval out of the banks, so advisers are directing them to non-bank providers.

The approval rate of the banks is still the same, he noted, but based on a much lower rate of applications.

“The banks will become a lot more bureaucratic, and a lot more risk averse,” he said, despite bank CEOs trying to avoid that fate.

He saved up his biggest criticism for the Responsible Lending Policy, which has seen ASIC recently lose a case against Westpac, alleging the bank didn’t do enough to examine borrowers’ living expenses.

He called the relevant legislation “wrong headed” and finished with an adamantine piece of banker logic.  “I mean there's no misalignment. There's not a misalignment between banks and their customers. They have no possible interest in lending to you if you can’t pay it back.”