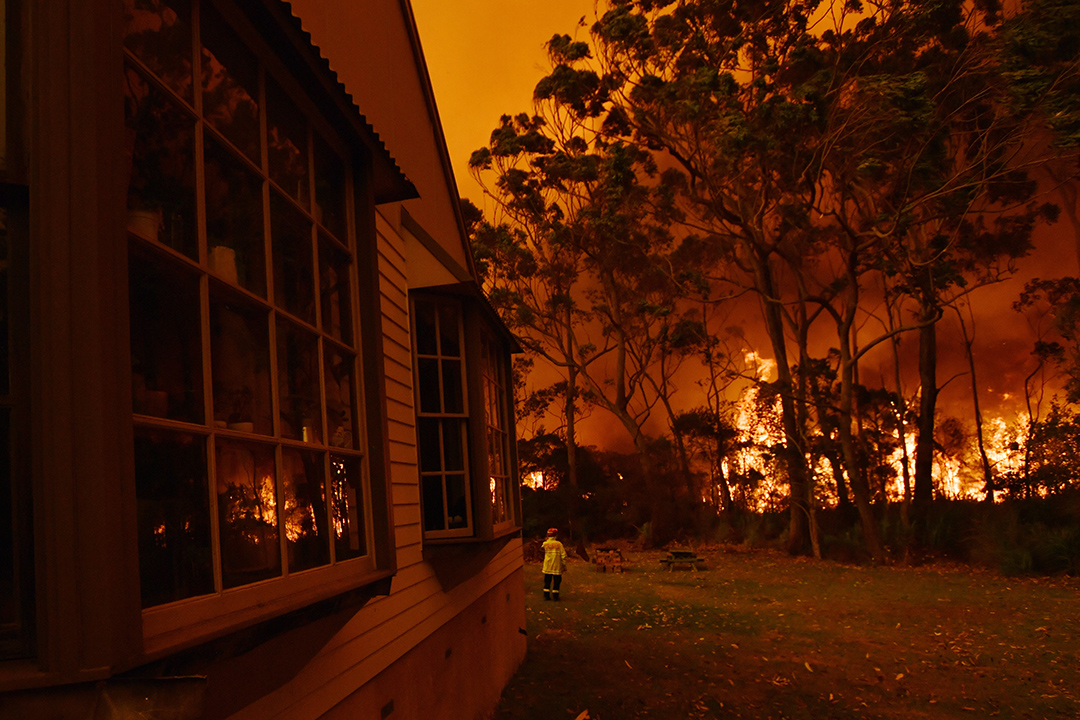 No fire insurance for you

New South Wales coastal dwellers who have been besieged by bushfire smoke may not want to talk about insurance, but there is some good news: at least we still have an insurance industry.

That compares with  insurance companies in California, which have reportedly been declining to renew existing policies in fire prone postcodes when they come due.

The insurers are not just putting premiums up, they are saying NO to offering building insurance cover at all to people living in the more fire prone areas.

That’s quite a thought. Everyone loves to moan about their insurance premiums going up (and yes, they are) but how about a situation where, say, you have been insuring your house for the last 10 or 20 years with the same company, and suddenly at renewal time, they send you a note saying they will not be covering you in future.

That’s what has been happening in California.

You won’t need reminding that the Golden State has seen a truly scary extension of the bushfire season, which is another reason why firefighting helicopters and specialised fixed wing aircraft have not been as readily available in Australia as they have been in previous years. Such equipment can’t be in two places at once and a lot of the stuff has US owners.

Not that our domestic insurers want to shout about the fact that they seem to be weathering this awful fire season reasonably well: they are a diffident bunch when disaster strikes. They don’t want to be seen to be making out well when most people on the New South Wales coast can barely breathe, let alone see a long way.

Campbell Fuller, head of communications and media relations at the Insurance Council of Australia, said that the likely insurance payout for the 680-odd homes destroyed in the bushfires since September, plus the damaged houses, was currently sitting at around $380 million.

The ICA declared the bushfires as an emergency back on November 11, which means they sent inspectors into the fire damaged areas to expedite payment of claims.

That $380 million total is less than a third of the bill of $1.26 billion that came to insurers for the Townsville floods in February.

And that was considerably less than the bill for the Brisbane floods of 2011, he said.

Conclusion? We’ve been very lucky so far with the relatively modest number of lives lost and homes destroyed, partly due to the Trojan work of the Rural Fire Service and other emergency organisations, and partly due to the fact that so far the fires have hitherto been mostly confined to sparsely populated areas.

“It’s not the worst bushfire season we’ve seen in terms of property damage,” Mr Fuller said, “but there has been the highest number of fires.”

We in Australia like to think that our Federal government doesn’t tell companies what to do (which is one reason why there’s been so much resistance to Federal Minister Angus Taylor’s “big stick” approach to power companies allegedly overcharging), so it’s interesting to see how they do things on the other side of the Pacific.

The New York Times reported last week that the State Government of California had imposed a one year moratorium preventing insurers from dropping customers in or alongside ZIP codes that have been the subject of recent wildfires.

To see the scale of what that means, the moratorium covers at least 800,000 homes around the state.

The Sacramento based legislature has also asked insurers to voluntarily stop dropping customers anywhere in California because of fire risk for one year.

“People are losing insurance even after decades with the same company and no history of filing claims,” Ricardo Lara, California’s insurance commissioner, said in a statement. “Hitting the pause button on issuing non-renewals due to wildfire risk will help California’s insurance market stabilize and give us time to work together on lasting solutions.”

Munich Re noted that in 2017 and 2018, wildfires in California wiped out a full 25 years of the insurance industry’s profits in that state.

So, are we headed down that road? Hopefully not, it would seem.

Mr Fuller was understandably cautious in his comments, noting that his member insurers had been on standby for a situation like this since early this year.

“Householders and small business in New South Wales will have seen a significant increase in premiums in the last few months,” he said, adding that quite a lot of that can be sheeted home to the Emergency Services Levy.

Which when you think about it, is hardly something we householders should be complaining about.

What it looks like in Australia is that we can look forward to our premiums going up as insurers buy more reinsurance from the big players such as Munich Re and Swiss Re.

Swiss Re’s research Institute is predicting that the global natural catastrophe reinsurance market is forecast to grow to $US40 billion in four years, up from $US30 billion this year.

But at the moment, for all the pain and grief we are going through, our insurers haven’t yet had to claim on the first layer of reinsurance cover they put in place for the current financial year.

It varies from company to company but in most cases they carry the first $250 million or so of any disaster on their own book before making any claim on their reinsurance provider.

Insurance industry sources say that the Black Saturday bushfires in Victoria in February 2009 were a massive wake-up call to our insurers, given that 173 people lost their lives and some 3,500 homes were destroyed.

They’ve apparently been planning for a repeat of that ever since, which to our great good fortune we haven’t had.

California, meanwhile, has had it really bad in the last three years but is now playing catch-up.

It would be wrong to call Australia lucky, but we can at least say our insurers were well prepared for the current horror run of bushfires.