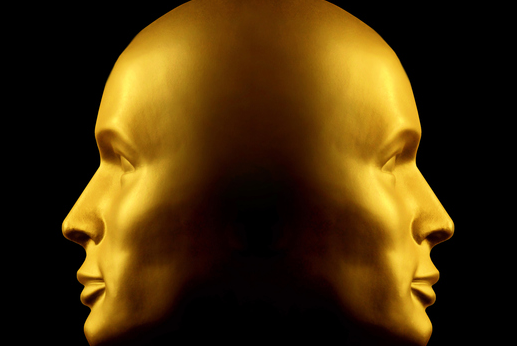 An upbeat quarterly result with higher than expected synergies and savings from the May 2017 merger has produced a share price breakout for Janus Henderson, pushing the share price close to $50 after hunting between $40 and $45 since the merger.

It closed yesterday at $48.40 four trading days after the announcement that in the three months to the end of September, its net income jumped by 139% compared to the second quarter, at $US99.5 million versus $US41.7 million.

Before the announcement the stock was just above $45.00.

The group has slipped under the radar slightly, not least because last week’s result came out after local news deadlines and the analyst call was at midnight Australian time to conform to US regulations.

But it deserves attention if only for its legacy of Australian shareholders (in Henderson) that dates from the 1990s when the blue chip London outfit was bought by AMP.

They snapped it up in March 1998 and integrated it, calling it AMP Henderson, and then once AMP’s other wheels started to drop off around 2000, AMP demerged Henderson again and compensated AMP shareholders with shares in Henderson, a City of London fund manager with more reach around the world than AMP itself.

The consequence was that Henderson was something of a bastard child, earning money in the UK and paying dividends (unfranked, alas) to its majority of Australian investors.

In the last 10 to 15 years they did well enough out of HHG, as it was called, particularly by comparison with the deadly dull sharemarket performance of AMP.

The logic of merging with US based Janus seems reasonably compelling, particularly as it’s 57-43% in Henderson’s favour. Not only that, but the absurd circumstance of being mostly owned by Australian retail investors has now been usefully diluted.

The combined group has Australian born Henderson chief executive Andrew Formica as joint CEO with Dick Weil, from Janus. It’s no longer listed in London but simply Australia and the US.

That co-CEO role is a nice touch because the original Janus of Roman mythology was a god with two heads, one looking forward and one looking backwards. It’s not clear which way the new joint CEOs are looking but it’s no bad thing for a fundy to be looking both ways anyway.

The new group revealed that during the quarter it enjoyed net inflows of $700 million Australian, but that pales into insignificance beside the fact that simple performance added $US17.2 billion to the total of funds under management, now
Standing at $US360.5 billion.

The claim that management makes is that 75%, 77% and 87% of assets under management outperformed their benchmarks on a one, three and five year basis.

That is a clear sign that they go better over five years than one, but what sets them apart slightly is that they’re prepared to say they dumped the managers of the $500 million Henderson US Growth Fund after two years of “disappointing relative performance”.

They stated that in the two years to November 10 the fund returned 25% but the relevant US market was up 41% over the same period.

How often do you hear an Australian-based manager admit the same shortcoming?

The net income for the quarter on an adjusted basis, adjusted for acquisition and transaction related costs, actually came in 18% below the previous quarter, at $US114.2 million, compared with $US139.8 million.

Earnings per share went the same way, down 18%, but the longer-term picture looks very encouraging, in savings terms.

The Group has increased expectations from what it calls recurring annual run-rate pre-tax costs synergies to at least $US125 million within three years, which is a lift from previous guidance of slightly over $US110 million.

Some of that is also expected to come from a long standing strategic partnership in the US with French bank BNP Paribas.

Three of the five brokers who follow the stock in Australia have a positive rating on it, with only Credit Suisse and Deutsche Bank having it as Neutral or Hold.

Citi’s upgraded it from Neutral to a Buy with a target of $50.75, which admittedly it’s getting close to already, while Morgan Stanley’s got a more bullish target of $58.50 and maintains a Buy recommendation.

FNArena provided that information but Bell Potter, which it doesn’t include in its survey, is more bullish again with a buy rating and a target of $63 on the stock.

Bell Potter says the combined group is proving the merits of the merger. In addition, closing funds under management were 3.4% ahead of expectations, resulting in a meaningful upgrade to estimates and a recalibration of the growth trajectory.

Credit Suisse, the local Cassandra here, says the results were disappointing because of lower performance fees and higher expenses. A miss on cost estimates reflects a higher cost profile going forward, it notes.  But even Credit Suisse concedes the outlook is more positive, calculating that the upgrade to Janus Henderson’s synergy target will add 2% to next financial year’s earnings per share.

One or other or both of Dick Weil and Andrew Formica noted last week in a statement that “Only five months have passed since the formation of Janus Henderson, yet pleasingly we are seeing green shoots in the cross-revenue opportunities brought about by our global distribution footprint, expanded product set and collaborative culture.”

Sounds like they’re both looking forward. Given what happened when Henderson was in AMP’s clammy maw, that’s probably for the best.

I know a lot of investors are chasing franked dividends but the bigger picture says you must be more globally diversified, and dividends are only franked when Australian tax has been paid.

It’s a fact of life, and you could do a lot worse than own a few Janus Hendersons. After all, you won’t have to listen to a midnight analyst call. They can listen to recordings and give you the benefit of their thoughts just a day later.