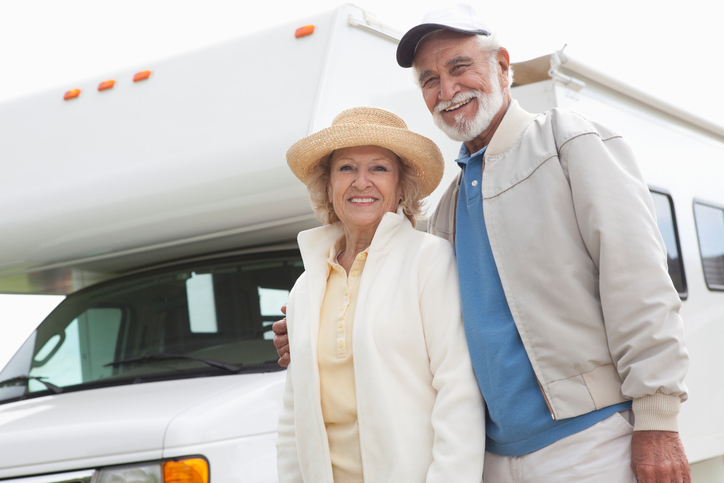 Is Apollo Tourism and Leisure a buy?

One of the demographic certainties in the developed world is that we are going to see many more people in their late 50s, 60s and even 70s  doing a lot more travelling.

Apollo Tourism and Leisure (ATL), a Brisbane-based campervan specialist that listed on November 3 at $1.00 a share and is now trading at $1.35, is one way for investors to get exposure.

Founded by Gus and Carol Trouchet in 1985, renting out one pop top camper, the company now imports and builds a variety of different campervans and caravans but also has around 3000 vehicles for rent, including holding 9% of the campervan market in the USA. The family still owns around 65% of the company, which since 2001 has been run by their sons Karl (CFO) and Luke (CEO).

Campervans may not be very exciting to get stuck behind on a winding road but if you’ve ever hired one, you’ll get the appeal. Suddenly, your accommodation costs have blown away on the wind and you have all the choice in the world about where you will go and, most relevantly, stop for the night. Different shires have different rules but there are still many places in Australia and New Zealand where you can just pull off the road and park.

Rent or buy? Since Apollo builds these big sugar lumps as well as rents them out, they have both ends covered. Clearly, the way to start is to rent one, usually by the week, but there are growing numbers of grey nomads who have got the bug in a big way, in some cases selling the house and buying a monster camper van. How big? I’m not saying Apollo does these, but if you know what a Ford Louisville truck cabin looks like, that will give you some idea. Big as in bus big.

A number of factors have created what could easily become a snowball of interest in this wheeled retirement. Greater rates of retirement saving are of course a major one, plus the joys of internet banking that allow retirees’ income stream to follow them seamlessly around. Throw in that fact that many of today’s 60 year olds are as fit and active as their 50 year old equivalent 30 years ago, and you have a huge pool of potential travellers.

It’s like the cruise industry, with the extra parallel that you don’t have to keep packing your bag as you move around. Count the cruise ships compared with 10 years ago.

Back to investing, Apollo has the exclusive rights to import Adria and Winnebago products in Australia and New Zealand. An Australian Winnebago isn’t as bulky as its US equivalent (think Breaking Bad, with Bryan Cranston charging around in his jocks) but the badge counts for a lot. Most local Winnebagos and other camper vans are built up from conventional van and truck cab chassis, mostly European or Japanese.

How big is the market? It’s surprisingly big in scenic places like Tassie and New Zealand and campervans fit well with inbound tourism anywhere in Australia. Even if Chinese visitors are only gradual adopters, the visiting relatives market will keep growing as long as people keep coming to Australia from overseas to work.

The US market, meanwhile, is so big that Apollo’s 9% of it is the equivalent of having the entire Australian market to themselves, which of course, they don’t have.

What the brokers say

The broker to the float, Morgans, has not surprisingly given it a boost in its first post float report.

Morgans is predicting a 57% rise in EBIT to $27 million this financial year over last and says that as the company penetrates the new recreational vehicle market, it should be able to keep delivering double digit growth.

Clearly the happiest campers (sorry) are the ones who got into the $50 million issue at $1 a share but Morgans sees a 12-month upside to a target of $1.44.

If the company hits that price, it will return around 7% excluding dividends, fees and charges, with a full year dividend of 2.5 cents a share on earnings per share of 9 cents. Morgans sees the dividend doubling in the 2017-8 year even if EPS only climbs to 10 cents, which seems conservative.

Where are the potholes? If inbound tourism falls over and/or the price of fuel goes through the roof, they are obvious but improbable events at the moment. It’s a concern that the family still holds 65%, but they are escrowed for two years.

It doesn’t look like a screamer but look at ARB Ltd, the 4WD aftermarket specialist equipment manufacturer. ARB is catering to the grey nomads, if the more adventurous ones, and its price has been climbing steadily for years to its current level of just below $17. It’s put on 50% in the last two years alone. ARB might be bullbars and winches to the customers but it’s been a nice earner for the shareholders and ATL might just find itself heading the same way if it manages growth carefully.