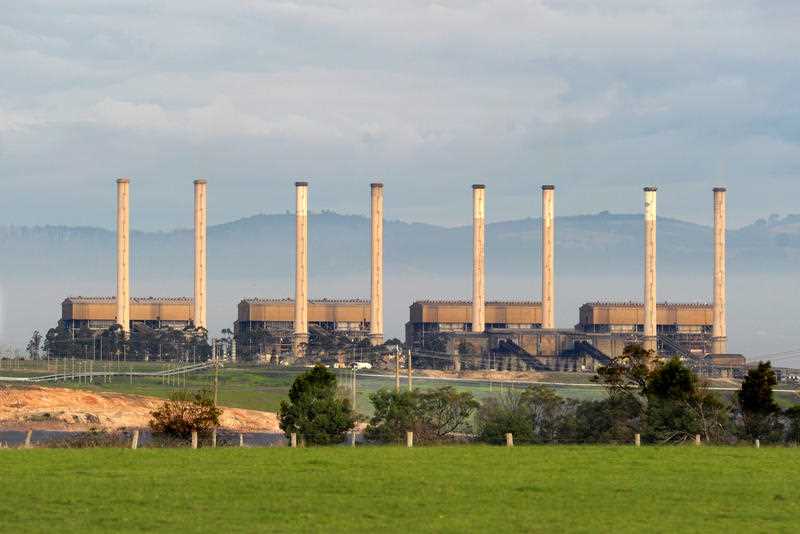 Hazelwood closure: A transition to renewables?

What does the planned closure of the Hazelwood power station in Victoria’s Latrobe Valley mean to most people in Australia?

Clearly if you’re one of the 800-odd employees, the news is bad, but they are going to get paid out and meanwhile, the outcome for the rest of the country should manifest itself eventually as a significant kick along for investment in renewables.

There are a lot of moving parts to policy, particularly the fact that the transition to renewable energy is going to be very expensive whichever way you look at it.

But the transition to renewables isn’t an arguable option, it’s actually a certainty, as per the megawatt cost of building new renewable capacity keeps going down.

Hazelwood, first commissioned in 1971, is classified by the World Wildlife Fund as the most emissions-intensive generator in the industrialised world, which I suspect does not include China, but you get the picture. It’s certainly the dirtiest of the four power stations in the Latrobe Valley.

It’s big and ugly in output terms, with a nameplate capacity of 1600 megawatts. Its brown coal burning boilers put out 20% of all the electricity generated in Victoria and its closure will turn Victoria from being a net exporter of electricity to other states, to a net importer.

Shouldn’t that be scary? Not necessarily. For a start, there is surplus generating capacity down the eastern seaboard of Australia. Did you know that 50% of the black coal power generation capacity in New South Wales is currently idle because black coal fired electricity costs more to produce than brown coal power? There are now only five big power stations in NSW and one of them, Liddell, is slated to go the way of Hazelwood in 2022. Liddell is bigger than Hazelwood, with nameplate capacity of 2000 megawatts.

That idled capacity is why 70% of Hazelwood’s output has been exported out of Victoria, and 71% of those exports are going to NSW.

The big issue the entire power industry is facing is the Large Scale Renewable Energy Target, which states that by 2020 Australia’s going to be able to generate 33,000 Gigawatt Hours of Electricity a year from Large Scale Renewables. That’s estimated to be around 23.5% of Australia’s total power requirement, which incidentally is dropping slightly as energy intensive industries such as aluminium smelters close. Demand started to drop in 2007 and as every new rooftop solar installation is added, it keeps dropping.

It’s dangerous to confuse nameplate capacity with output. The first is a snapshot, the second a total over time.

But let me give you some public numbers from New South Wales alone that should provide a bit of reassurance.

One, five years ago NSW relied 90% on coal for its electricity, and that has now dropped to just over 79%. Renewables are now at 14%, which is twice what it was six years ago, when Snowy Hydro was the only significant provider of power from renewables.

The big point is that while a power station like Hazelwood belts out far more electricity than any single renewables project could ever hope to do, there are now many smaller projects in the planning or construction phase.

In NSW, there are now 8000 megawatts of capacity approved or building, all of it in renewables. Every single new power project going ahead in Australia at the moment is in renewables, by the way.

That 8000 megawatts being planned, or exactly five Hazelwoods, is well in excess of the 6900 megawatts of renewables already in operation.

That 6900 represents more than 30% of total generation capacity in NSW.

The key positive point here is that existing NSW coal fired capacity is 10,800 megawatts, so large scale renewables are catching up fast, and when complete, will provide 14,900 megawatts of nameplate capacity.

It’s not that simple of course. Renewables have the vice of intermittency, or will do until storage catches up, so there’s a gap between renewable installations’ capacity and output.

So here’s the messy bit. At the moment, old coal fired power stations are at a cost disadvantage in offering power to tenders in the wholesale market because not only do renewable installations have zero input cost, there are subsidies being paid to renewable providers in the form of Power Purchase Agreements or PPAs. Those PPAs have been provided by State governments which have an understandable desire to maximise the sources of electric power to keep the lights on.

Is that fair? It’s only unfair if you discount the uncounted effects of emissions such as the 15 million tonnes of CO2 a year released into the atmosphere by Hazelwood alone, which are currently un-penalised.

Conclusion? Renewables are here to stay. In the short term, there could be an upward move in wholesale power prices as overall supply drops down to meet diminishing demand. In a perfect world, the market would sort that out, since we do have a National Energy Market (NEM), which particularly aims to increase the number of interconnectors between states on the Eastern Seaboard and South Australia.

Most likely we will still have some growing pains as the transition to renewables continues, but there is one iron law likely to prevail.

That is, that any state government which finds its voters plunged into darkness for any length of time can look forward to a major towelling when election time comes around.