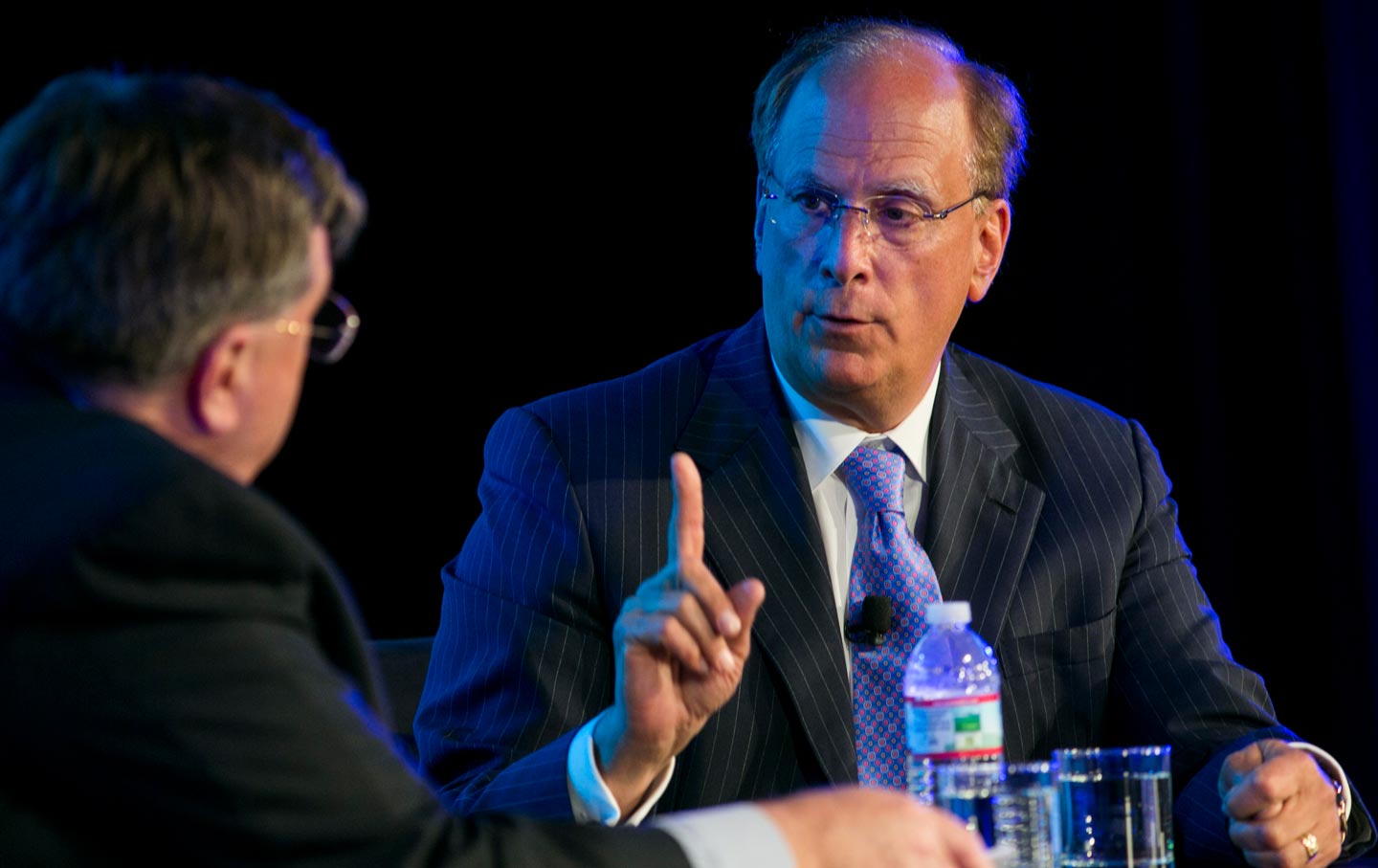 You may not have heard of Larry Fink, but he’s set the cat amongst the financial pigeons by telling corporate CEOs a few days ago that there is more to life than just making a profit.

What separates Larry from the mob is that he’s the founder of the US giant fund manager Blackrock, which sits on a $US6.3 trillion pile of investors’ money and turned in some gobsmacking profit numbers for the 2017 calendar year.

Take your pick from an annual fully diluted Earnings Per Share figure of $US22.60, or maybe $US367 billion of net capital inflows during the year. That’s right…billion.

It makes all the difference to the social responsibility/profit debate when someone on the touchy-feely side is clearly a guru on the profit side as well.

What Fink did was to send a letter out to the CEOs of the companies that BlackRock invests in, warning them ever-so-politely that “to prosper over time, every company must not only deliver financial performance, but also show how it makes a positive contribution to society.’’

The social responsibility debate is an old one but it’s well worth having, and Fink’s better placed than most to kick it along.

Not surprisingly, his letter got a reaction. Bloomberg columnist and investment banker Matt Levine noted that Blackrock’s a giant provider of index funds (via its iShares arm), so it has to own companies it doesn’t approve of.

“Pick your least favourite public company – guns or tobacco or oil or opioids or Facebook or whatever you think is doing most harm to society- and BlackRock Inc is among the top five holders.”

US fund manager Adrian Day was quoted by Barron’s magazine as saying Fink’s social purpose has no grounding in economics, adding that in the case of a public company, to what extent should the board spend shareholders’ funds on their favourite causes which shareholders might, or might not, support.

In that view there’s more than a touch of economist Milton Friedman, who memorably wrote  in 1970 that “the social responsibility of business is to increase its profits”.

Others have chortled that companies which pulled out of oil and gas investments on moral grounds have missed out on the recent lift in oil prices, thus imperilling shareholder returns. And that some funds and companies which have highlighted ethical behaviour have underperformed.

But none of that takes away from the fact that Larry Fink has a good point.

He admitted that the index funds (which account for the majority of BlackRock’s FUM) cannot readily sell out of a company whose policies it doesn’t like, but they can engage with the company and vote their shares.

The New York Times notes that BlackRock spent the last two years needling energy giant EXXON over its policy of not letting independent directors meet with shareholder such as Fink. Exxon recently changed that policy, in clear reaction to BlackRock’s criticism, which included voting against the appointment of two directors.

BlackRock also supported a shareholder proposal last year to increase EXXON’s disclosures on climate change, partly because the company’s stated policy until that time had prevented the company from getting a full understanding of its long-term policy and its risk exposure.

It’s a tough one. The motor car was initially greeted as a wonderful invention just after 1900 but now it’s often seen as a scourge, particularly in cities.

That helps to remind us that there are shades of grey in the debate.

Our prime minister Malcolm Turnbull’s just sailed into a manure storm over his government’s intention to make Australia one of the top ten arms exporters in the world.

Given that Australia currently holds 0.3 per cent of the world market, there was a fair bit of “good luck with that” expressed by military experts.

Clearly there’s a moral argument if we’re packaging up nerve gas, but we’re not. Most of Australia’s arms exports are in the nature of fast patrol boats, which we hope will save lives, or Bushmaster-type armoured vehicles designed to save the lives of troops inside them.

Or what about the coal versus renewables debate? We know where it’s heading, as renewables costs keep dropping and Co2 emissions keep coming, but how soon can Australia switch off its last coal fired power station? Not as soon as activists want, but opting out of owning coal mines is unlikely to speed the process up, as the coal reserves will outlast the demand.

Just looking back at the oil industry, was it always a villain? Absolutely not. Its discovery in Oklahoma in 1859 was widely greeted as a positive, particularly by opponents of whaling, given that it was whale oil that had mostly fuelled oil lamps until then.

It was Saudi oil minister Sheikh Yamani who memorably noted in the 1980s that the Stone Age did not end for want of atone, and the Oil Age will go the same way as demand eventually dips below supply.

Was it right to own oil shares early in the 20th century? Is it right now? And what are the alternatives?

At least Larry Fink’s got us thinking about that, and other questions.