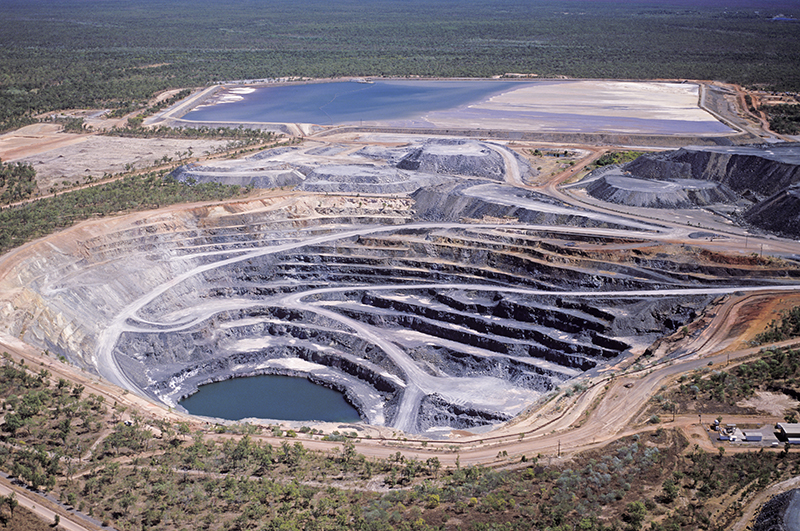 Is Uranium a hot stock?

Given the number of false sightings, we’ll only be confident of a new bull market when the uranium recovery train steams up to the platform. Having said that, the ever-contentious commodity does have a devoted fan club convinced the cycle will turn.

Uranium has tried its yellow heart out to rally, but at around $US25/lb remains much closer to the nadir than the peak.

Still, the market reality points to a turnaround – possibly a dramatic one – given the dramatic curtailment of supply post Fukushima.

But don’t trust us, trust the experts.

The firm says: “the price of uranium needs to rise at least 100 percent from today’s spot market levels – and to stay there for a sustainable period – before a majority of miners can even contemplate restarting idled capacity or moving ahead with new project development.”

On the demand side, power companies are depleting their inventories to “dangerously low” levels. Their long-term contracts entered into post Fukushima are expiring, which means the deals will need to be renegotiated at higher prices.

Another handbrake on the Great Uranium Recovery is a ‘buy America' push  from two junior US uranium companies, which formally have demanded US users to source at least 25% of their uranium locally.

Pending a presidential decree on the so-called section 232 petition, US utilities have refrained from entering new contracts and this has further subdued the global market.

The US Department of Energy has recommended an action on the protectionist proposal – which remains confidential – but it needs to be endorsed with a flourish from whatever hand Donald Trump isn’t Twittering with.

A decision is due by July 14, although some parties see this is a ‘soft’ deadline.

Nonetheless Australian developer Vimy Resources (VMY, 5.5 cents) sees “pretty robust” contracting opportunities when the issue is resolved — one way or the other.

While environmentalists argue (among themselves) about atomic power’s green credentials as a low-carbon energy source, 55 nuclear power plants are underway. The Chinese alone plan to build six to eight units a year – yes, per year – to triple their capacity.

In their push for carbon neutrality, Britain and France also won’t be abandoning their nuclear plants in a hurry.

The ASX has its fair share of the 500 listed uranium companies, but few in production. BHP Billiton doesn’t really count because although Olympic Dam is one of the biggest uranium producers, the output isn’t significant relative to the total operations of the world’s biggest miner.

Over the last 12 months the sector’s valuations have largely marked time, although shares in Spanish aspirant Berkeley Energia (BKY, 34 cents) have tumbled around 55%.

Still, there’s some tentative progress in terms of positioning projects for the first sign of the recovery train.

As an extant producer in the US, Peninsula Energy (PEN, 24 cents) is in a unique position as an ASX uranium play. The company this year expects to produce 147,000 pounds from its Lance operation in Wyoming cowboy country, with an additional 225,000 lb elsewhere.

This is in the context of US producers managing only 830,000 lb last year, a 30% reduction year on year.

“US mine production is on track to drop to 382,000 pounds in 2019, which is less than one percent of US annual requirements and not enough to power even a single nuclear reactor,” the company says.

Hmm: rather than shunning overseas supply, our American friends could well be clamouring for the stuff to keep their lights on and their Teslas stoked.

Vimy, meanwhile, is edging towards bringing its Mulga Rock project in WA into production, having obtained state and federal approvals in early 2017. The company is now pursuing secondary approvals — boring paperwork such as mine management and environmental plans.

Vimy has also completed a definite feasibility study, but financing depends on procuring enough long-term contracts. The company is pursuing US and Europe buyers despite the “clumsily concocted” section 232 petition.

Also in WA, Toro Energy (TOE, 2 cents) recently won approval to restart the mothballed Wiluna mine. The project, which would require an $80m plant to be built, is being progressed to the point where it can be financed “as and when economic conditions justify the development.”

Wiluna’s by-product of vanadium could well decide the economics, given the battery metal’s official ‘sexy’ status.

One of only four companies with a local uranium export permit, Boss Resources (BOE, 4.6 cents) plans to restart the Honeymoon mine in South Australia which has been on care and maintenance for some years (the mine, not the state).

In February Boss reported a 30% increase in Honeymoon’s resource, to 24 million tonnes grading a handy 660 parts per million of uranium (36 mt of contained uranium).

Boss also has a ‘conceptual exploration target’ of 32-38 mt. “The upgrade provides validation that Honeymoon is one of the few uranium projects worldwide positioned to participate in the early stages of a new bull market,” the company says.

Further afield, the aforementioned Berkeley Energia is seeking permits for its Salamanca mine in Spain.

As s Berkeley’s droopy share price attests, there are regulatory problems in what looks to be an unwelcoming jurisdiction.

The Spanish government has proposed four new members to the country’s Nuclear Safety Council, the arbiter of Berkeley’s licence and one of them is an environmental activist (not, we suspect, the uranium-loving variety).

A legal challenge is afoot and if Berkeley wins the requisite paperwork we suspect the company won’t muck around, having already spent €70 million ($113m) on the project and earmarking €250m more.

Even further afield, Bannerman Resources (BMN, 4.5 cents) owns 95% of the Etango mine in Namibia, one of the world’s biggest undeveloped uranium projects. Drilling work to support a definite feasibility study continues; otherwise things are hastening slowly.

Did someone mention Africa? Paladin Energy (PDN, 11.5 cents) bats on, having last year put its flagship Langer Heinrich mine in Namibia on care and maintenance because of the depressed uranium price.

Paladin’s second mine, Kayelekera in Malawi, was mothballed in 2014 so there’s not much to report. That’s even more the case given the company has scuttled rumours of an imminent capital raising, but our stance on such events is ‘never say never’.

Let’s not forget the Rio Tinto-controlled Energy Resources Australia (ERA, 20 cents). Mind you, the performance of the strife-prone sector stalwart is such that investors would prefer to forget.

ERA’s mainstay Ranger mine in the NT is in wind down, with an extension project (Ranger Deeps) abandoned because of – you guessed it — poor industry conditions.

The Jabiluka lease in the NT is on care and maintenance – as per agreement with the traditional owners – and going nowhere.

Valued at $110 million, ERA has cash of $313 million. The company has an $830 million provision for rehabilitating Ranger, but recently said more funding would be required.

So that’s the sector in a nutshell – and apologies for any notable exclusions.

In our humble view, the most potent risk to the uranium rebound thesis is that the big producers will increase output when the price rebounds – thus killing the recovery.