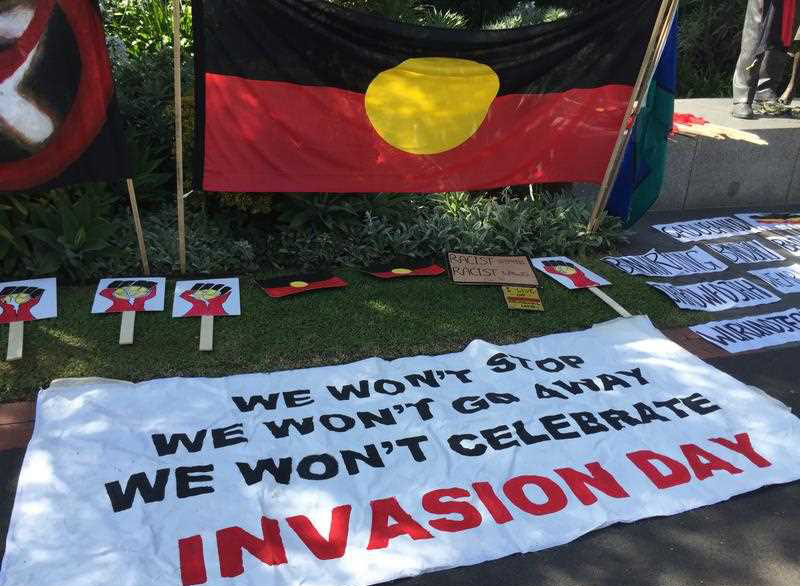 As I predicted on radio last Friday the typical suspects emerged over the weekend in the lead up to Australia Day to complain about what a dreadful nation we are.

Just as predictably the Republican movement flexed its muscle on the eve of Australia Day releasing a document signed by all but one State Premier calling for the removal of the Monarchy.

As I said last week, the design of the flag and the words of the national anthem will also be debated and non-indigenous Australians will made to feel guilty about what happened here back in 1788.

I don’t like to be so right but it all unfolded just as I predicted over the past few days with indigenous television reporter Stan Grant dredging up a speech he made last year. In it he called the booing of Swans footballer Adam Goodes a howl of humiliation and connected it to the notion indigenous people are not welcome in their own country.

Grant says Aboriginal Australians are made to feel not welcome here and that the Australian dream was “rooted in racism.” The notion of that is just so ridiculous and predictable and he then goes on to demand mandated political positions for indigenous people.

Every Australia Day this shame game starts and the same old arguments are tossed up by the same old suspects in a bid to make all us non-indigenous Australians or recently arrived migrants or refugees feel guilty.

Personally I think it’s time we all hit back and refused to be shamed into this national guilt. Australia is a magnificent country made into what it is by the arrival of the First Fleet and all those that followed.

A poll taken by the Institute of Public Affairs and released this week proves the point. More than 90% of those quizzed say they are proud to be Australian and almost 80% agree the country has a history of which we can be proud.

That same poll found 85 percent of people thought Australia Day was a day of celebration and 92% thought their country was better than most.

It seems too many people in this country are so blinkered they can’t appreciate just how good it is to live here and to have that little blue passport in their bedside drawer.

In Europe they are expecting 2.6 million people to arrive in the next two years flooding across the borders from countries like Syria, Iraq, Afghanistan and Africa. The refugee emergency is out of control and seven countries Germany, France, Sweden, Austria, France, Denmark and Norway have re-introduced border checks to stop of influx.

On New Year’s Eve its now been confirmed that there was a mass attack on women inside the Cologne train station by refugee men who fondled them while police looked on.

There are hundreds of thousands of desperate people sitting in frozen refugee camps on the edge of the English Channel hopeful of sneaking into the UK. Reports across the weekend saw 43 people, including 17 children, confirmed drowned when their boats capsized off the Turkish coast.

Three other people died from hypothermia in Greece and the European Union is starting talks to re-introduce border controls not seen since the EU was formed.

Australia is blessed by being an island and we have largely solved the boat people issue with not one boat arrival in the last calendar year. As the barbecues fire up and the lamb chops start sizzling we should all pause to appreciate more what we have.

Australia is clean, peaceful, we have outstanding health and education and just about everybody who truly wants a job has one. If you happen to be unemployed or sick the taxpayers look after you.

Fuel is cheap, food plentiful and we have a free press and largely freedom of speech is respected. It’s those freedoms that allow people like Stan Grant to make the complaints he makes and allows people like me to disagree with him.

Sure Australia like the rest of the world has some threats from home grown terrorism and the downturn in mining activity has us scrambling to transition into a new economy..

But on Australia Day I thank my lucky stars that my parents gave birth to me here in this great country!

Steve Price is on the Macquarie Radio Network nightly across Australia and is a regular on Network Ten’s the Project.