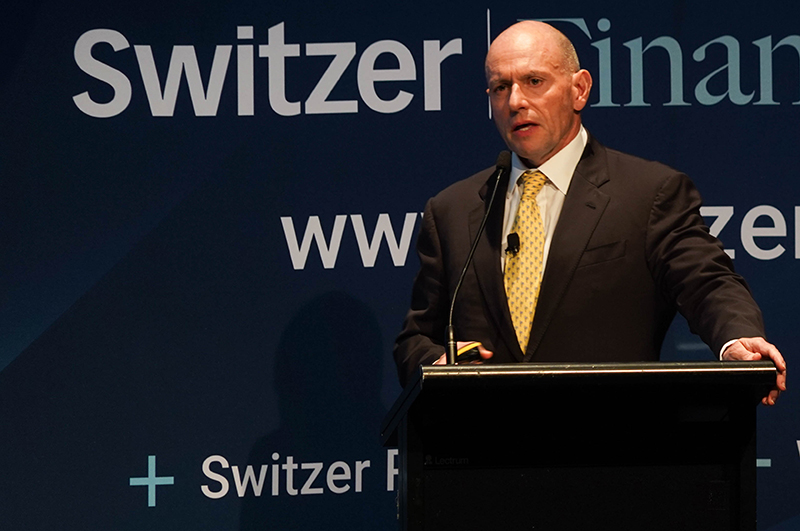 Lessons the Great Depression can teach us in 2019

Over the festive break I read John Kenneth Galbraith’s “The Great Crash 1929” (that’s the kind of thing Fund Managers get up to on holiday!). Already knowing a lot of the basic facts, I was interested in reviewing the story again, with the objective of understanding relevancies for the current situation.

Galbraith spends most of the book going through news flow over the couple of years before the crash, and the market reaction to this news flow.

The main point is that no one anticipated what was to come. There was certainly scepticism throughout the great rally, but very few investors emerged unscathed (one esteemed body was bearish, only to change to a bullish stance and get on board, just in time for the fall).

Corrections along the way gave the market some sense of rationality, but these were soon replaced by another strong rally. Some of those who were sceptical withheld investment until after the crash, believing that value had been restored, only to participate in the savage fall over the next few years.

The point of the above is that, without the benefit of hindsight, those involved struggled to understand what was happening and the disaster that awaited them – even savvy investors. Why was this so?

The benefit of hindsight

With this benefit of hindsight, which Galbraith freely admits he relies upon, he makes several interesting points, that are of more than passing interest now.

The US economy, although performing very well over the 1920’s, had become structurally unsound. The issue (briefly) was the composition of aggregate demand had changed to a potentially unhealthy, unstable mix.

The inequality of income had reached an extreme, when measured by the share of demand. As a result of higher corporate profits, investment had risen to the highest it had been, while private and government consumption lagged.

The trouble with the reliance on investment demand is that it is very volatile. If a shock occurred, other areas such as consumption, foreign demand and/or government would have to step up to fill the vacuum.

The stock market crash of 1929 decimated business confidence and started the negative feedback loop, i.e. as investment dropped, now that investment was a large source of demand, consumption and wages fell, leading to further investment and demand declines. 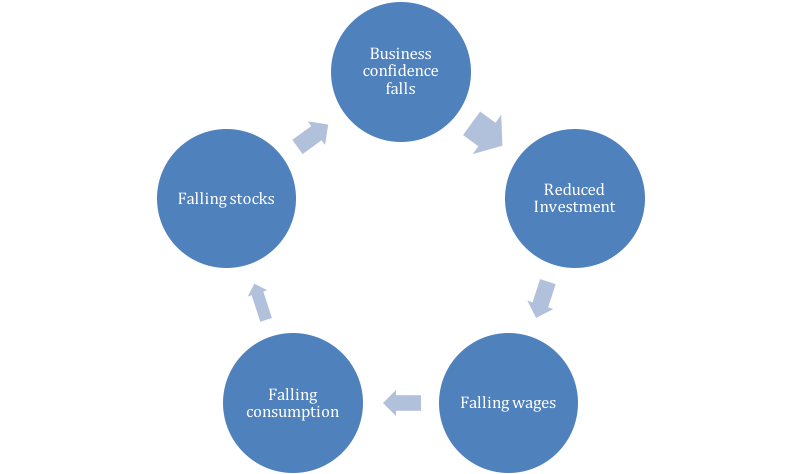 So we can see why there is concern in identifying structural imbalances in the current economy and the potential issues they can cause down the track. We will talk to these soon.

As the issues became apparent in 1929/30, the response was what we can now clearly call a serious policy error. The general response of business and government was that the best the government could do was to strive for a balanced budget. With tax revenues falling, this led to reduction in expenditure, just as all other areas of demand were under pressure. The result was the economic melt-down that pushed the market about 90% below its peak.

The largest imbalance we can identify is, of course, the global central bank liquidity blanket that has underwritten financial markets for the last seven or so years. How this liquidity unwinds is critical to markets. Will it be slow and orderly? Will central banks reverse course if required? These are critical questions to consider.

Another area of potential imbalance is that US corporate debt has again reached high levels, capitalizing on the current low interest rates. Although this lever has now been pulled, it’ll only be a problem when rates start to go higher.

In Australia, the residential housing market sticks out as an anomaly. While inflated valuations can be deflated in an orderly manner, there is a risk of policy error, causing shocks that can result in undesired, severe outcomes. Here we can identify potential policies, such as ending negative gearing and changes to capital gains tax, that could further impact the housing market, and the question is whether they will crack confidence into a much more difficult situation.

Back to the US, we have a new Federal Reserve Chair. The previous two Chairs were acutely aware of the role of the central bank as the underwriters of economic stability. Will the new Chair be as aware? Is there a chance of policy error? The market is rightly focused on policy comments made by the new Fed Chair and what his views are. The focus is aimed at assessing the risk of policy error.

What can go wrong this time?

The level of checks and balances are much more developed than existed in 1929 – the lessons have been learnt. So what can go wrong this time?

The economic system around the world is operating with reasonable momentum but it is a big call to say it can carry on reasonably well without the help of sustained liquidity. If this help is prematurely withdrawn, there could be issues but it is likely that the authorities will quickly reverse course, if trouble eventuates and arrive like the cavalry of old.

Without a Black Swan issue turning up, the most frightening scenario is if the Fed is required to help but finds it has its hands tied. A possible scenario where this may occur is if growth falters while inflation is picking up. The Fed will be caught between the need to act to release liquidity on one hand to help growth but higher inflation would require a tightening in liquidity. That is why we pay so much attention to inflation. At the moment it looks ok.

As there always are in the financial world, there are risks. Outside of a big left field event, the two issues that I think present the most challenges are:

1.    A rise in inflation beyond sustainable levels for the implicit difficulties this will give to the Fed, and

2.    The possibility of policy error, as the long liquidity unwind proceeds around the world.

As JKG mentions several times in his book, no one can see the future. But what we can do is assess when the path we’re on becomes more risky and adjust accordingly.

Right now, the future is murky but we’re keeping an eye on the risks and ready to respond as required.