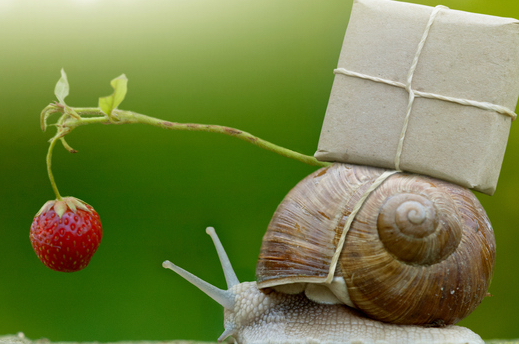 ASIC needs to get tough on short sellers

Short selling of Australian shares is getting dangerously out of control and ASIC needs to act. Sixty companies listed on the ASX now have more than 5% of their ordinary shares sold short. This includes names such as Rio, Seek, Healthscope, Dominos, JB Hi-Fi, Harvey Norman, Oil Search, Flight Centre, Bendigo & Adelaide Bank, Tabcorp and Woolworths.

Short selling, that is selling a stock that you don’t own and hoping to buy it back at a lower price, has a purpose. It can aid the efficiency of the market by reducing wild swings in prices, particularly on the downside, and it can help to eliminate stock pricing anomalies.

If a professional trader wants to say that Wesfarmers is going to outperform Woolworths, and then buys Wesfarmers shares and short sells Woolworths shares (to effectively remove the overall market risk from the trade), and if a super fund wants to lend the short seller the Woolworths shares and be paid by the short seller to do so, thereby enhancing the return for the fund’s members, I have no problem with this. Or if an option market maker wants to short sell the underlying shares against a put option he writes, I have no problem with this either.

And if a punter wants to take a view on a company and short sell the shares because he or she thinks that they are a dog, I have no problem with this provided it is done within reason.

What I do have a problem with is the extent of the short positions being taken, the lack of timely reporting on short positions, and regrettably, the increasing practice by some short sellers to “misspeak” about a company after taking a short position. Actively talk it down.

Let’s look at the extent of the positions being taken.

Listed below are the top 10 companies by the size of the short position. Topping the list is would be graphite producer, Syrah Resources, which has 19.7% of its ordinary shares (55 million shares) that have been sold short. This is based on the latest data from ASIC (released Wednesday), and covers position as at the close of business last Thursday, 7 September. 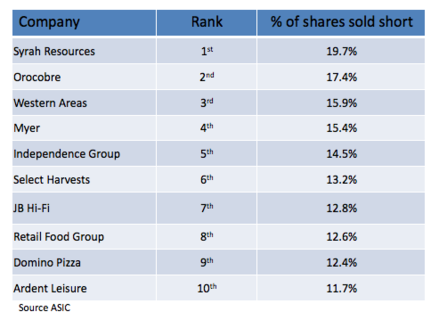 Looking through the top short positions, three industries dominate the short sellers’ interest. The discretionary retailers, whoich may be impacted by the Amazon threat (and don’t we just keep hearing about how much damage Amazon will do to the industry) are a clear favourite, as are the minerals companies getting ready to produce “next generation” minerals such as lithium, graphite and nickel. Healthcare companies also feature prominently because of elevated earnings multiples. Some of the so-called growth “darlings”, such as Seek, Dominos and Flight Centre, also have major short positions.

The following tables show the overall short position rankings of the most shorted retail, healthcare and mineral stocks. 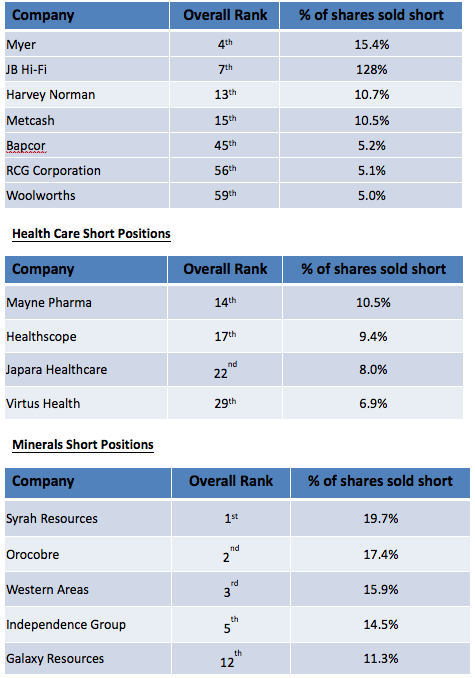 The short sellers don’t always get it right, and in fact, there have been some spectacular failures. But in the main, these professionals get it right more often than they get it wrong, they have very deep pockets and can hang onto their positions for many months. Investors betting against the short sellers are making a “courageous” call.

As I said at the outset, I am not against short selling per se. However, it is time to put some controls on it and improve transparency.

The first thing ASIC should do is to up the ante about the reporting of short sales. The data ASIC will publish on its website today around midday reflects positions taken three and a half business days’ ago. This is despite the market having moved to a T+2 settlement basis 18 months ago in March 2016. At the very least, the data should be no more than two and a half days’ old.

However, with modern technology, there is no reason why we shouldn’t be able to see same day reporting, or even better still, real time reporting of short sales.

Next, ASIC needs to clamp down on short sellers “talking their book" and filling the media with “bad news”. Regrettably, our media (particularly the ABC and Fairfax) love bad news when it comes to finance, and seem only too happy to run unsourced stories pointing to investor or analyst concerns about a company’s prospects, industry threats, or other financial risks. This may require changes to the law because while spreading “misleading or false” information is illegal under the Corporations Law, it is no doubt very hard to prove. The bar may need to be lowered.

Finally, I think it is time for an outright cap on short selling. Many companies have core strategic shareholders or shares under an escrow arrangement, and the free float of shares is often very small. Short sellers selling up to 20% of the ordinary shares on issue can represent a huge expansion in the free float, thereby placing enormous downward pressure on the share price. While any cap should arguably be assessed on a company by company basis, a blanket across-the-board 5% cap would be a good place to start and even out the playing field for the average “long only” investor.