5 even "sexier" ways to boost super 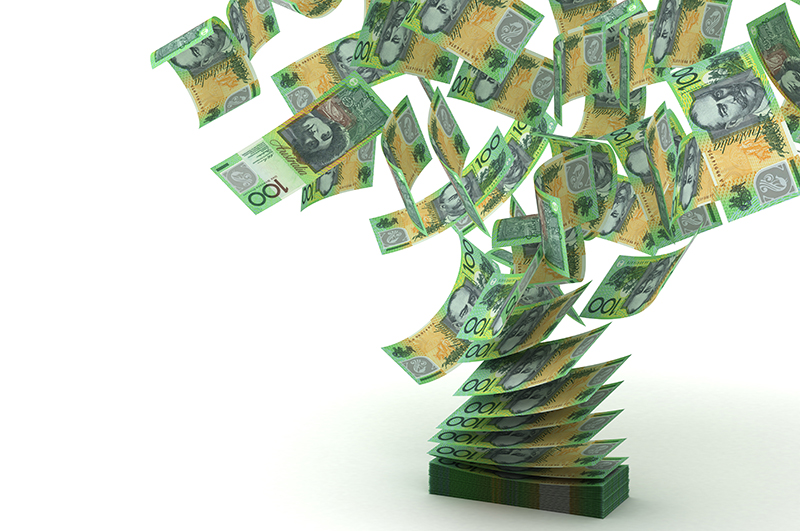 5 even "sexier" ways to boost super

Peter Switzer lamented the other day that “a problem for super is that it’s not sexy like property. Everyone wants to talk about property when we go out to dinner but who wants to spoil a good night out by uttering the word “super”?” (read the full article here).

Focusing on how women (and men) could boost their super balances, he outlined 6 key strategies:

3. Get into the best fund — compare your fund against the best of breed and check out what you’re being charged.

4. Put extra in — either do it by salary sacrifice or slam extra in maybe by doing a second job or starting a part-time business.

5. Do a budget — get your spending under control.

I particularly like the “avoid dud partners” strategy. No doubt easier in hindsight, some  would also be reminded of the refrain from their parents of “I told you so”. But with more than 1 in 3 marriages ending in divorce, this is clearly a big wealth-killer.

Now let’s focus on the “putting extra in”, particularly in relation to your partner, and 5 even “sexier” ways to boost their super.

1. Get a tax offset for topping up your partner’s super

This could make you popular.

While it has been around for decades, the Government has recently increased the income test threshold to make this more accessible. Known as the Spouse Tax Offset, if you contribute $3,000 to your partner’s super, you can claim a personal tax offset of 18% of the contribution, up to a maximum of $540.

Your partner needs to earn less than $37,000 for you to get the full tax offset, and the tax offset phases out completely if he/she earns more than $40,000. For calculation purposes, your maximum rebatable contribution of $3,000 is reduced on a $ for $ basis for each $ of income that your spouse earns over $37,000. The offset is then 18% of the lesser of the actual super contribution or the reduced maximum rebatable contribution.

Your spouse’s income includes their assessable income, fringe benefits and any reportable employer super contributions such as salary sacrifice. And to cover the rest of the fine print,  you cannot claim the offset if your spouse exceeded their non-concessional cap of $100,000 or their total super balance was more than $1.6 million. Your spouse must be under 70, or if aged between 65 and 69, meet the work test.

2. Split contributions with your partner

This could make you even more popular.

You can split your concessional contributions with your spouse, which means that  contributions such as the 9.5% your employer pays or salary sacrifice contributions are “transferred” to  your spouse. You make the election to split after the completion of the financial year.

While “splitting” won’t increase the amount you and your partner have in super, it can be a good idea if the balances are uneven or if you are getting close to the total super balance cap of $1,6000,000. Also, looking to the future and Governments’ propensity to change the super system, restrictions based on account balance can’t be ruled out

In regards to the fine print, your spouse must be under 65, or if over the preservation age and under 65, not retired. You make the application to split to your super fund in the following financial year (so you can apply now to split contributions made in 17/18).

3. Get the Government to make a co-contribution

There aren’t too many free handouts from Government, but the government super co-contribution remains one of the few still available. A legacy from John Howard’s era, if eligible, the Government will contribute up to $500 if a personal (non-concessional) super contribution of $1,000 is made.

To be eligible, there are 3 tests. Your taxable income must be under $37,697 (it starts to phase out from this level, cutting out completely at $52,697), you must be under 71 at the end of the financial year, and critically, at least 10% of your income must be earned from an employment source. Also, you can’t have exceeded the non-concessional contributions cap of $100,000 or have a total super balance over $1.6 million.

While you may not qualify for the co-contribution, your partner might and can be a great way to boost their super. If they qualify and don’t have the cash, give them the money to make a  contribution.

Many people use salary sacrifice to make additional contributions to super from pre-tax monies. However, not all employers offer this facility and many of us are self-employed.

An important change last year to the super system was the abolition of the ‘10%’ rule. This rule allowed the self-employed (which were defined as those who received less than 10% of their income in wages or salary) to claim a tax deduction for personal contributions to super (up to the concessional cap of $25,000). Now, everyone who is eligible to make super contributions can potentially claim this tax deduction.

Let’s take an example. Fiona is 45 and earns a gross salary of $100,000. Her employer contributes $9,500 to super, but doesn’t offer a salary sacrifice facility. Prior to 30 June, Fiona contributes a further $15,500 to super and claims this amount as a tax deduction. She does this when she completes her 18/19 tax return.

Fiona will also need to notify her super fund that she is claiming a tax deduction, which she is required to do before she lodges her tax return for the 18/19 year.

5. Can your partner make “catch up” contributions?

Announced back in the 2017 Federal Budget, the ability to carry forward unused concessional contributions and make “catch up” contributions commenced from 1 July. This may suit someone with a low superannuation balance who leaves the workforce for a period of time (such as maternity leave), or who for other reasons is unable to utilise their full concessional cap.

To be eligible, your total superannuation balance must be under $500,000 as at 30 June of the previous year.

Contributions are measured over a rolling five- year period and unused portions expire if not used. As the scheme only started this year, the first year that you can access it to make a higher concessional contribution is next financial year (2019/2020) and the carry forward will only relate to 2018/19.

What’s happening to Telstra’s valuation?
Australia: Summer sizzler
JB Hi-Fi is in the buy zone
Is it a Crown of thorns?
We’re getting richer as our stock market surges