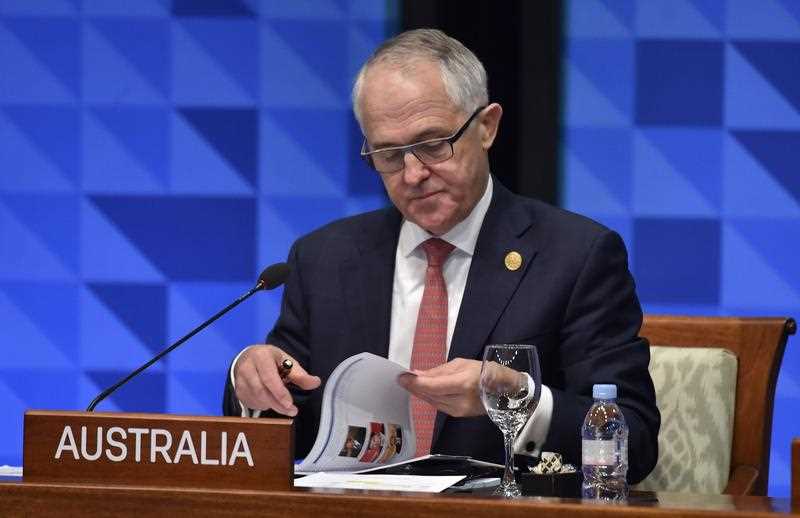 The honeymoon is over

The honeymoon is officially over.  The polls may well continue to smile on Malcolm Turnbull for a while, but this week we saw a solid streak of the “old politics” the new Prime Minister was supposed to be leaving behind.  He has been damaged as a result.

In the weeks following his ascension, Turnbull was promising a new style of business-like management.  “If something isn’t working as well as you want, chuck it out”, he told The Guardian.  “I’m not afraid of people saying, it’s a backdown, or a backflip”.  How refreshing.

Instead this week, we’ve seen the Prime Minister refuse to budge on Mal Brough, who clearly isn’t working out at all.  Whether he did or didn’t break the law is for police to decide.  It’s beyond doubt though that he’s contradicted himself, stumbled in parliament and become a political liability.

Labor is privately confident it will claim Brough’s scalp.  It’s also privately amazed Turnbull has allowed this to drag on as long as it has.  The Prime Minister clearly wants to be loyal and doesn’t want to admit he got it wrong promoting Brough.  But it’s disingenuous to suggest all these matters were dealt with years ago and nothing has changed.  If that were true, why are the Australian Federal Police investigating?  Why did they raid Brough’s home?  Why is the Minister now giving a different answer in parliament to the one he gave 60 Minutes about whether he asked James Ashby to “procure” a copy of Peter Slipper’s diary?

Perhaps the Prime Minister has received a better explanation from his Minister about the contradiction.  If he has, this hasn’t been shared publicly.  The fact Mal Brough was a key player in the push to remove Tony Abbott in September doesn’t help the PM much either.  It leaves the appearance, at least, that Turnbull is protecting a key numbers man.   Very old politics.

There was also another surprise in store for Malcolm Turnbull as the parliamentary year drew to a close.  Former Howard and Abbott Government Minister Ian Macfarlane announced his defection from the Liberals to the Nationals in search of a return to the front bench.  Macfarlane is one of the most respected members of parliament, but this move is driven by self-interest and will destabilise the government.

The former Industry Minister has been close to Turnbull for years.  He stuck with him through some of the darkest days and was clearly disappointed when Turnbull then dropped him from the Ministry.  But the PM had to sweep out some of the Howard era faces in favour of younger talent and more women.  This inevitably meant there would be losers.  A few days after being dumped, Macfarlane was knocking on the door of Warren Truss seeking a way back into the Ministry via the Nationals.

Others who didn’t get what they wanted took it on the chin.  Joe Hockey chose to leave parliament.  Bruce Billson will follow suit at the election.  Kevin Andrews and Eric Abetz plan to stay on and hold their positions of influence on the Right from the backbench.  By contrast, Ian Macfarlane is apparently so convinced the nation needs him in the Ministry he’s prepared to switch parties, strain relations between Liberals and Nationals and plant the idea in the heads of other frustrated Liberals that jumping ship is a short-cut to the front bench.

It looks like he will be rewarded too.  Warren Truss is welcoming the defector with open arms and making it pretty clear that he now believes the Nationals are entitled to an extra Ministerial spot under the Coalition agreement.  If he succeeds in this argument, Turnbull would be forced to reshuffle his team and dump a Liberal.  Ian Macfarlane says his move is a vote of confidence in Malcolm Turnbull, demonstrating just how much he wants to serve on the frontbench.  It’s unlikely the Prime Minister would see it that way.

This was easily the messiest week we’ve seen since Turnbull’s rise, with Tony Abbott also feeling emboldened to take public pot shots at Julie Bishop.  Not all of the messiness was the Prime Minister’s fault, but it’s a reminder he is the one who wears the ultimate damage and he is the one who needs to tend his flock carefully.