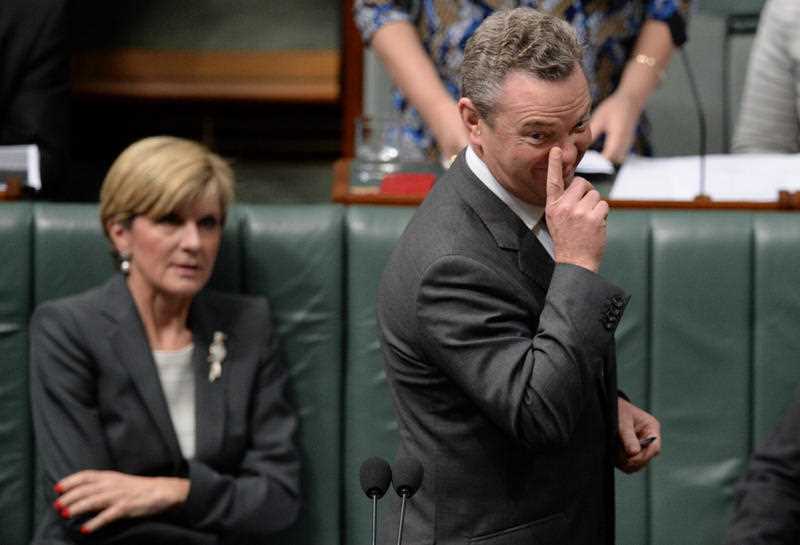 It’s the calm before the storm. The Canning by-election will be held in eight days and the outcome will be pivotal in deciding whether Tony Abbott survives as Prime Minister. His supporters and critics alike are preparing for battle. Those caught in between are desperately trying to work out which way to jump.

Despite the pressure on his leadership, this was actually one of the best weeks the Prime Minister has had in a long time. His decision to take in 12,000 refugees fleeing the chaos in Syria and Iraq demonstrated a willingness to listen to the electorate and the backbench. There was an initial reluctance to do anything beyond the annual capped intake of refugees, but Tony Abbott shifted and the final position he announced on Wednesday was generous by any measure. It was a reminder of the dividends made possible by stopping the boats. The refugee announcement was also well timed to coincide with the more contentious plan to extend air strikes against Islamic State into the quagmire known as Syria.

Most within the Coalition (apart from a few fringe-dwellers) warmly welcomed Tony Abbott’s willingness to shift on the refugee places. It was generally seen as a good example of how policy should be formulated. The Prime Minister listened to the international experts and the backbench. Surprisingly though, it’s hard to find anyone who thinks this demonstration of genuine leadership will change the dynamic within the Liberal Party much right now. As one Cabinet Minister put it, no one is listening to Tony Abbott any more. As a junior Minister put it more harshly, voters simply hate him.

Notwithstanding the despair of some, it’s a waiting game at the moment. At least until after the by-election. No one really thinks the Liberals will lose Canning, which was won in 2013 with a margin of 11.8%. A swing of 8% or more would spell serious trouble for Tony Abbott. A swing of under 7% could be explained and justified. Whatever the outcome, there’s a growing expectation “something” will happen after the by-election and before the end of the year.

To that end, senior figures are eyeing each other with suspicion, trying to work out who’s remaining loyal to Tony Abbott and who may have peeled away already. Much of the focus here centres on Scott Morrison. Some close to Malcolm Turnbull believe Morrison is prepared to shift. Others close to Tony Abbott are equally confident he is locked in. Scott Morrison himself has given no indication he’s prepared to abandon the PM or shown any disloyalty.

Inside the Liberal Party, everyone knows how dire the polls are. The Government has been stuck between six to eight points behind Labor for months. This is not sustainable. Critics say there is no way Tony Abbott can turn around such a sustained deficit in the polls in what’s left of this parliamentary term. By contrast, the Prime Minister’s supporters point to his proven campaigning ability and Bill Shorten’s various vulnerabilities. They know something more is needed though: a powerful second term agenda. This is where tax reform comes in.

An “economic growth” plan is now being formulated. It’s far from finalised, but it’s hard to imagine such a plan won’t include an increase in the GST to 15% to pay for across the board personal income tax cuts as well as some increase in health funding. Expect this to be rolled out late this year or early next year.

The Prime Minister has two other powerful weapons in his armoury. One is the threat and promise of a reshuffle. It’s an open secret within the Government that a “significant” reshuffle is coming at the end of the year. The message is going out that the PM is ready to dump under-performers and those regarded as disloyal. This prospect can be used effectively to lock in wavering supporters, especially the ambitious ones.

The other weapon is the threat of an early-ish election in the first few months of next year. This may help to end the leadership chatter, but it would be a brave call indeed given the current position in the polls.

The next eight days and the next eight weeks will be pivotal. A by-election, a reshuffle and a (possibly) a major reform agenda. All potential game-changers. One way or another, the Abbott Government is about to enter a decisive period. Some are already saying this is the last few months Tony Abbott and Malcolm Turnbull will be sitting around the same cabinet table.