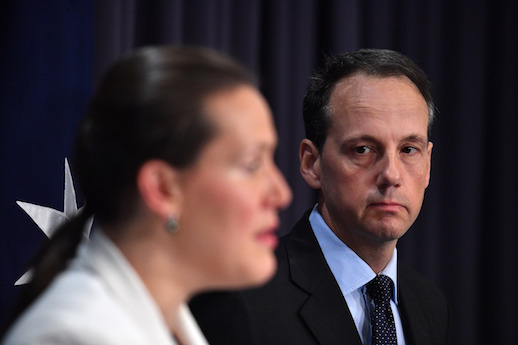 The subsiding of excitement that followed last week’s announcement of the Royal  Commission into banking reminded me a bit of the Amazon launch in Australia that followed not long afterwards.

In both cases, what had been portrayed (by some bankers and most retailers) as the end of civilisation as we know it turned into a slight fizzer.

Some of Amazon’s offerings turned out to be about the same price as goods already available elsewhere and we all realised the US based online retailer had had a massive blast of free publicity but was still just getting itself set up.

The banks probably don’t see their time in the spotlight in quite the same way, but managements of the Big Four will have been greatly reassured to see their share prices climb steadily all through last week.

And that was after they rolled over and agreed to support the Royal Commission.

Meaning, the cold clear light of reality puts a less scary perspective on the 2018 outlook for the banks, than the previous shivers of uncertainty about whether there would, or would not be, a Royal Commission.

I noted last week, seconds before the official announcement, that I think a Commission would be a waste of time and money, and the announcement hasn’t done a lot to change my view.

Since superannuation now represents the biggest single bag of money in Australia at $2.3 trillion, I can very much understand it being part of the Commission’s remit.

But if, as some commentators suggest, Royal Commissioner Ken Hayne is going to look into the issue of whether the industry funds should have more independent directors, that may be the wrong rabbit hole..

Contrary to the campaign that’s mainly coming from the office of Financial Services Minister Kelly O’Dwyer, it isn’t a first order issue.

You probably didn’t even notice in the excitement last week that a bill was pulled which mandated a minimum one third of independent directors on all super fund boards. Nick Xenophon’s crossbench crew said they wouldn’t support it, so it’s been taken off the table until next year.

In a neater world, the Industry funds would be copying the ASX Listing rules and moving towards the concept of an independent chair and a majority of independent directors, but as we all know, life’s seldom that simple.

The industry funds were set up in a bygone age before those ASX rules, operating instead with an equal representation model whereby each industry fund had the same number of employer representatives as union nominated trustees.

That still applies, although the employers have been a lot less noticed in the debate. That’s because they are so damn busy running their companies that most of the focus has been on the union reps. That’s the same reason why the default funds that most new employees find themselves in, are industry and not retail funds.

And some of those union reps are drones who regard a seat on the board of an industry fund as a just reward for a long career in the union.

Some keep their trustee fees, and some send them on to the union that nominated them.

The drones know very little indeed about superannuation and they love an annual jaunt, with partner, to the relevant conference.

As Sally Patten pointed out in the AFR on Monday, it doesn’t help the industry funds’ cause that some of their funds have more than 10 trustees. She found one, which she was too polite to name, with 16 trustees. That’s more like a crowd scene than a board.

The big BUT in all this is that the industry funds have consistently outperformed the mainly bank-owned retail funds by between one and two per cent a year , and that’s what pushes the proposed legislation down the list of urgent changes required.

The reason for the disparity is not any particular genius on the part of the industry funds so much as the fact that they have a much more “sticky” membership that tends to set then forget about their accounts, often for decades. That means the funds can safely lock themselves into much longer term assets than their retail counterparts, who suffer a much higher level of churn.

There’s one possible benefit coming from all this.

Ken Hayne’s been specifically asked to see if the spending “of superannuation members’ retirement savings for any purpose that does not meet community standards and expectations, or is otherwise not in the best interests of members.”

Like the independent directors issue, that’s still a specific swipe at the Industry funds. At least this time there’s more justification.

That silly $3 million television advertising campaign showing the retail fox eyeing up the industry fund henhouse is a shining example of misallocated funds. All the retail people want is to get equal access to young people starting out with their superannuation, which they don’t currently get because the “modern awards” system drops the new starters into a default industry fund unless they specifically choose otherwise.

And then you ask yourself, why do the big industry funds see the need to advertise on television at all, given that most of their revenue comes through like clockwork from employer contributions into those default funds? It’s the original captive market.

That’s a more relevant question to ask, and the Royal Commission has been led specifically to the top of the rabbit hole marked “sole purpose test”, as in whether expenditure is in the specific interest of financing members’ retirement.

Ken Hayne’s only been given a year to examine a number of aspects of the banking business. It’s fair to say he won’t have time to go really far into every nook and cranny of the system but a simple examination of possible abuses of the Sole Purpose Test would be one of the more useful outcomes of a Royal Commission.